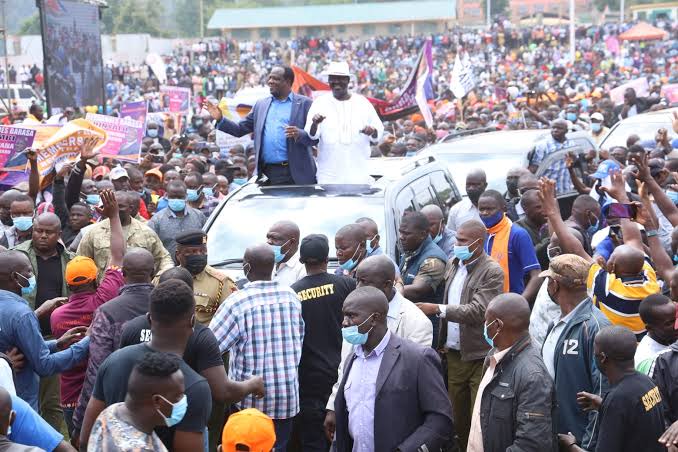 "Oparanya only introduces ODM candidates during Azimio rallies and fails to even recognize candidates from DAP-K and UDP who attend the meetings," Salasya said.

Salasya reportedly added that Oparanya had been bullying other affiliate parties in Azimio in Kakamega County. He added that he would not opt out of the race for Mumias East constituency.

This comes after Peter Salasya was roughed up by the county enforcement officers. He was then blocked from attending a Azimio rally addressed by Wycliffe Oparanya at Khushikulu.

Peter Salasya said he will not bow to pressure. Salasya reportedly said Oparanya should resign or be kicked out of Azimio secretariat for allegedly causing divisions in Azimio.

Shinyalu Member of Parliament Justus Kizito , who is also defending his seat using DAP-K party has condemned the attack on Peter Salasya.

"These attacks on DAP-K amounts to Azimio fighting itself to the advantage of the opponents," Justus Kizito said.