Wiper Party Leader, Kalonzo Musyoka has suffered a huge blow in his quest to control Ukambani votes after his candidate was defeated in the concluded Nguu-Masumba ward By-election. Wiper Party candidate, Eshio Mwaiwa was defeated by Independent Candidate, Timothy Maneno who won the by-election as UDA Party Candidate finished second. 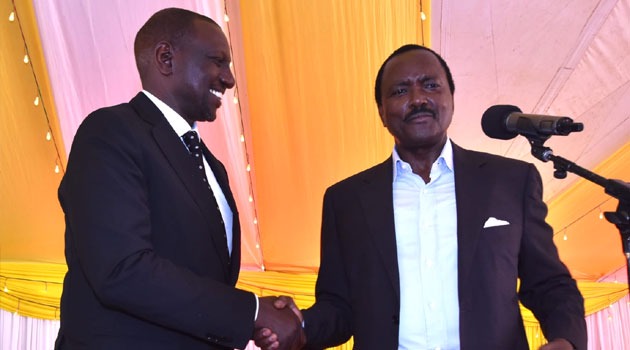 Photo Courtesy/ DP Ruto and Kalonzo Musyoka in a Past event

Majority of Kenyans and political analysts expected Kalonzo's candidate to carry the day since the By-election was in Ukambani which is considered his stronghold. OKA Principals including ANC Party Leadere, Musalia Mudavadi and Sen. Moses Wetangula both campaigned for Wiper Party candidate who became position three.

Kalonzo has reacted to the latest disappointment by congratulating all those who took part in the By-election as he praised residents of Nguu-Masumba ward for practicing their democratic right through the ballot. 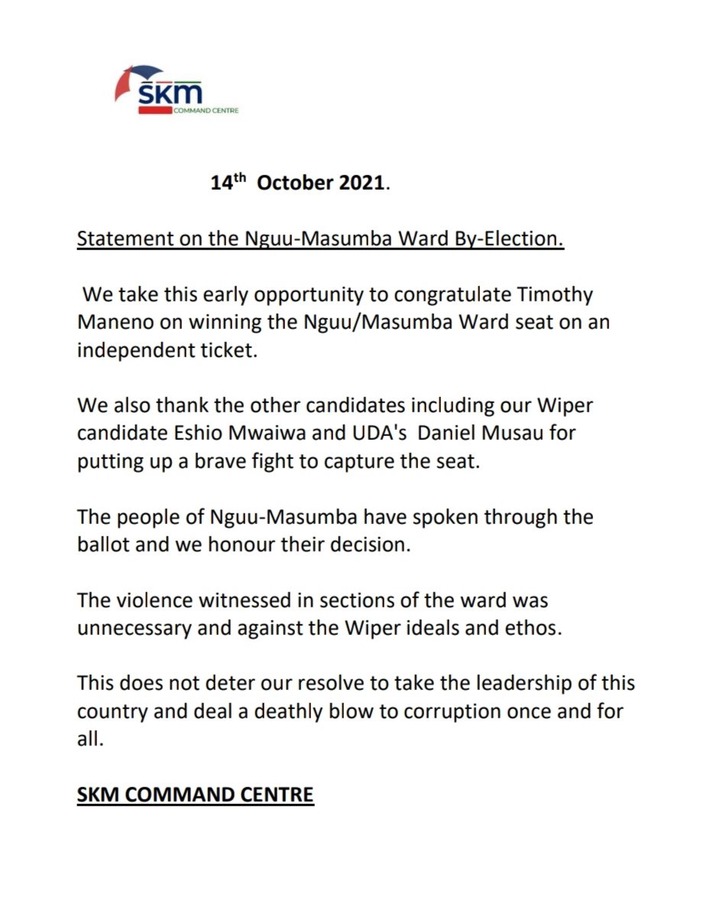 DP Ruto's UDA Party has done well by finishing position two in the concluded By-election ahead of Wiper Party. Kenyans have blasted Kalonzo Musyoka for finishing last in his own backyard in the following ways;

@nellobamdo Your party cannot even win an MCA by election in your backyard of Ukambani even after you took all OKA boys to campaign for your candidate yet you are dreaming of winning the presidency.

@nabubwaya Boss, things are not good for you.

@wafulains7 And yet you have the audacity to tell Baba to retire with Uhuru while winning a Civic seat in your stronghold is a problem?.

@cheizrese Your bedroom has been visited. The man from sugoi is knocking... Mguu moja ndani na amebaki na vest