"We Are Not Fools, "Mt Kenya Elders Tell DP Ruto, Reveal Bad Things He is Doing in Mt Kenya 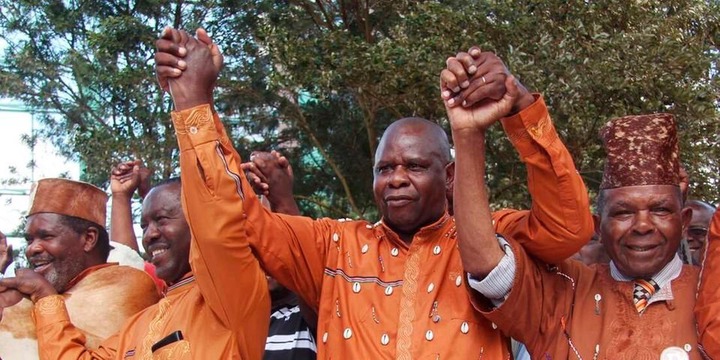 The Kikuyu Council of Elders has charged Deputy President William Ruto with defaming President Uhuru Kenyatta in his own backyard. 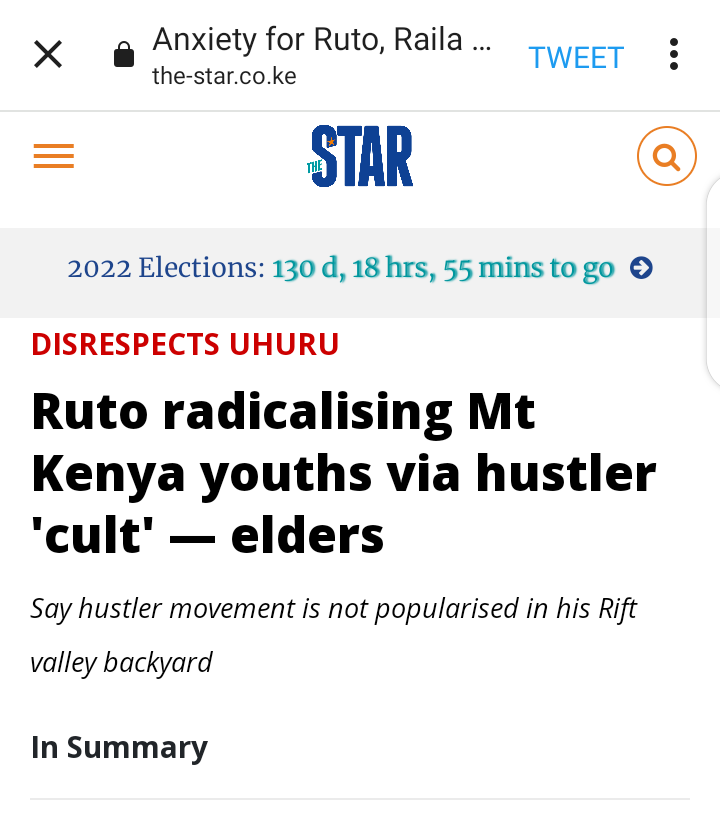 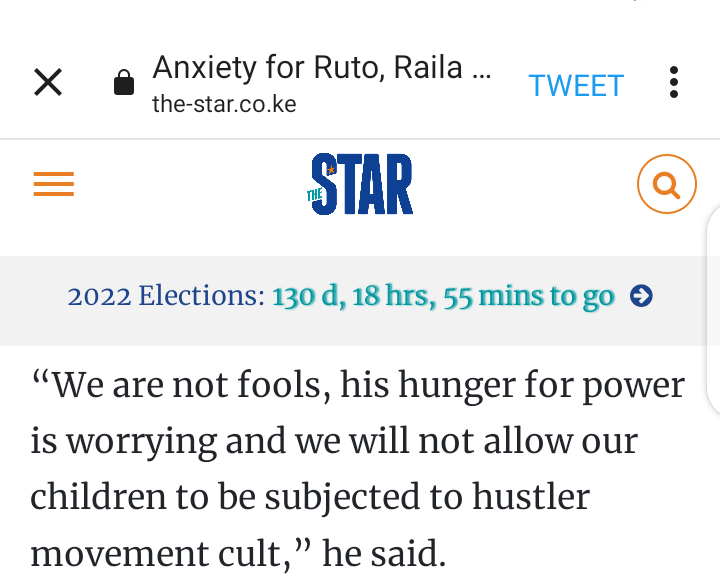 He stated that the hustler movement and incitement are not widespread in the Rift Valley, but are prevalent in Mt Kenya.

Wachira stated that the elders paid a visit to State House to discuss the Mt Kenya region's concerns.

"President Uhuru Kenyatta made no mention of William Ruto in his speech, and the media was utilized to disseminate the lies," Wachira stated.

Wachira stated that they will not allow Ruto to escalate his instigation, particularly toward regional leaders.

He stated that Mount Kenya leaders will retreat to the grassroots level and inform residents that Ruto's purpose is to divide and dominate.

"We will not accept any acts or utterances that could result in bloodshed or property devastation. We implore Ruto to abandon his political pyrotechnics and confront the reality on the ground," he said.

Jeremiah Kioni, the secretary general of Jubilee, former Molo MP Njenga Muigai, Nairobi gubernatorial aspirant Agnes Kagure, and representatives from Kiama Kiama and the Kikuyu Council of Elders were among those in attendance.

Kioni claimed that Ruto and his Mt Kenya allies have resorted to insults that could spark bloodshed.