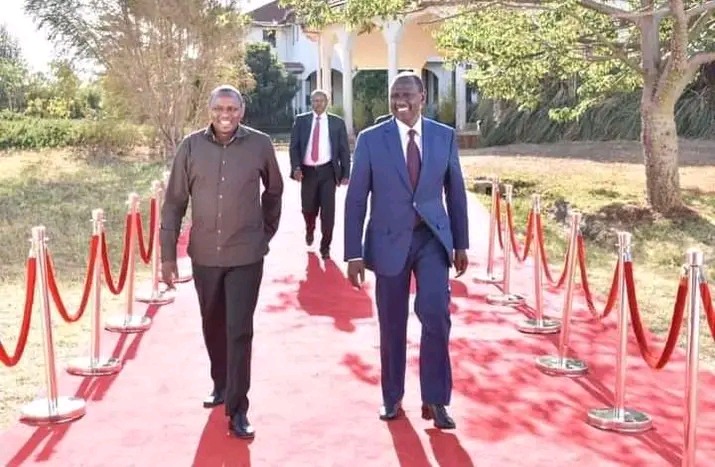 Kimani ichungwa who is the front-runner for the Kenya Kwanzaa coalition for the seat of the leader of majority has taken to the floor of Parliament to lecture the azimio allied politicians on why they do not have the majority in Parliament saying that this is just a fallacy. 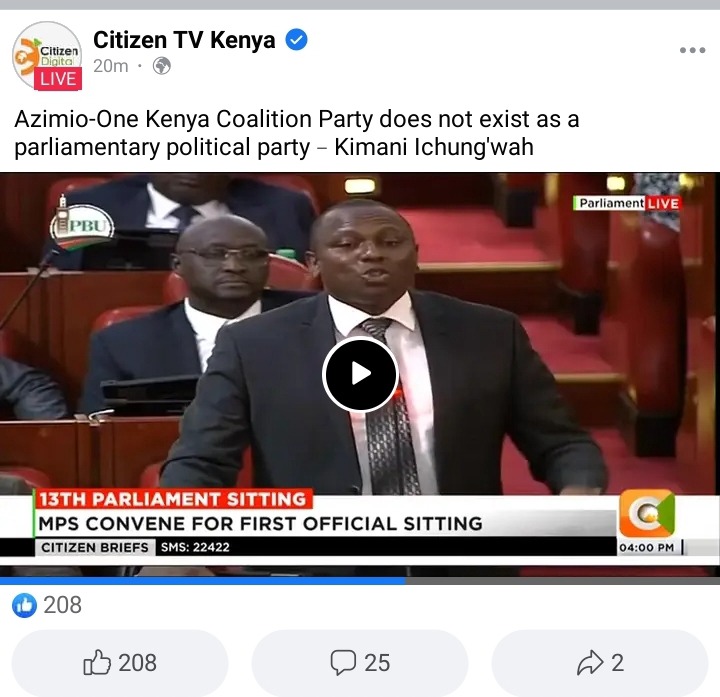 According to kimani ichungwa, Raila’s Azimo is not a political party that is recognised by Parliament since it is a Coalition of various parties who signed an agreement to be in the Coalition to win the August 9th presidential election.

He further stated that the standing order is clear on who has a majority saying that; a majority in Parliament will be formed by a party that has the highest number of members of Parliament is opposed to a Coalition.

He ordered the Speaker of Parliament Moses wetangula not to declare Azimo as the majority since it is a combination of more than 19 political parties who came together to form a Coalition.

Wetangula is expected to make a ruling anytime from now on who has the majority between Ruto and Raila Amollo Odinga and consequently allowed to declare the leader of majority.