"I Will Not Beg For Money On Your Behalf", Eliud Owalo Tells Those Pushing For His Ouster 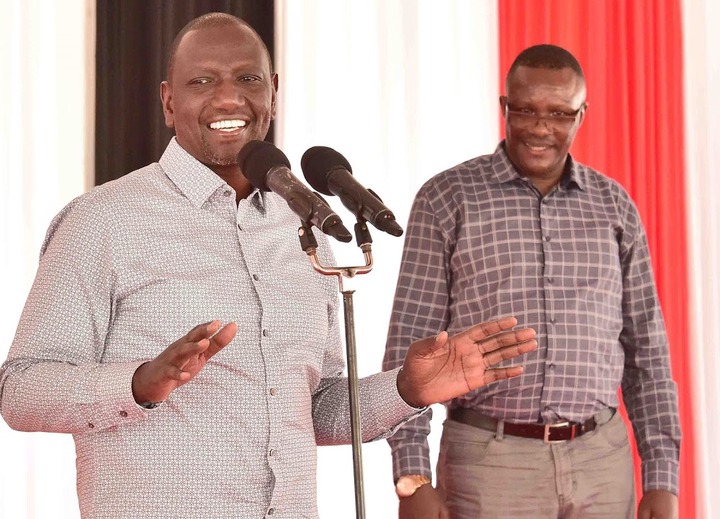 Mid last week a section of UDA party members had urged the party to remove Owalo from his position as the Nyanza coordinator, they argued that Owalo was handling the party as if it was his own property a move that they argued would cost the party in the region. 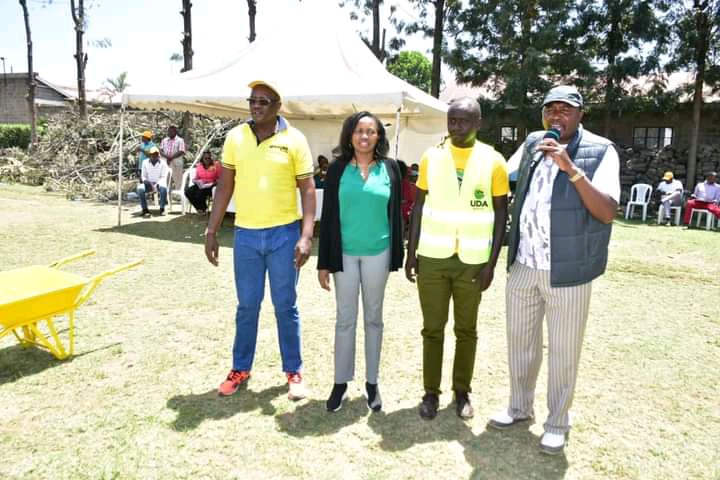 However, according to Owalo, the only mistake he has done is not begging for money from William Ruto on behalf of members drawn from the region he represents. 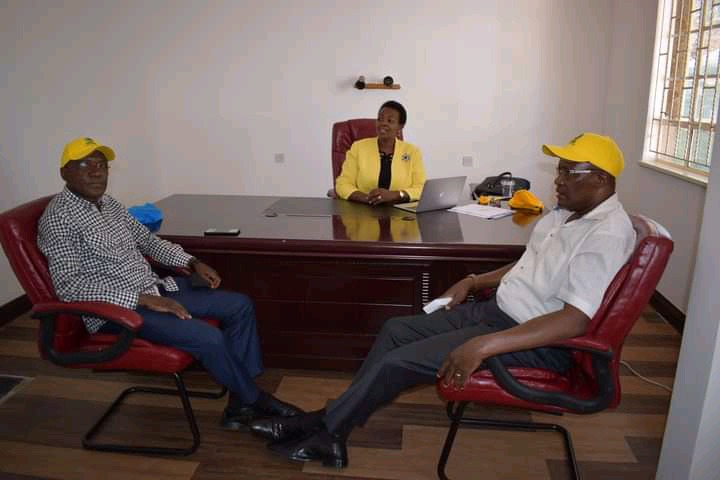 "I did tell them from the onset that anybody on money begging spree is free to do it without involving me or dragging my name into it, I've never done it in my life and I'm not about to start it" reads part of his post.

Owalo went ahead to state that the press was sponsored by well known brokers and mercenaries, however, his mission to popularize the party will not be interfered with. He has reaffirmed that together with those who subscribe to Hustler's philosophy and ideology, they will surge forward. 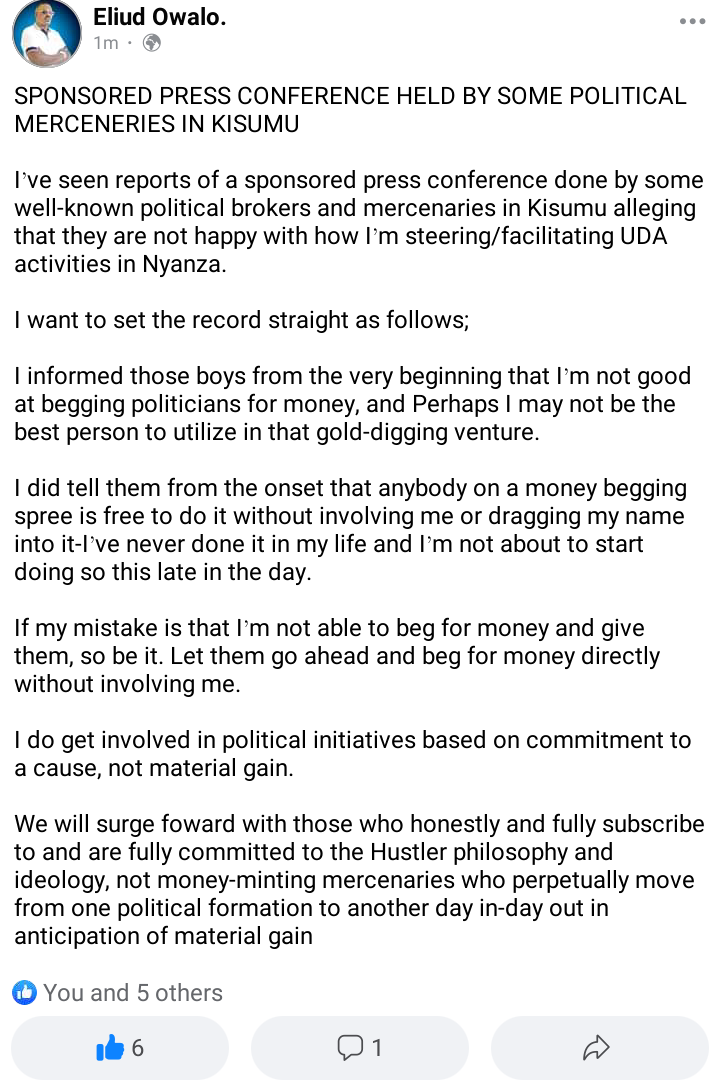