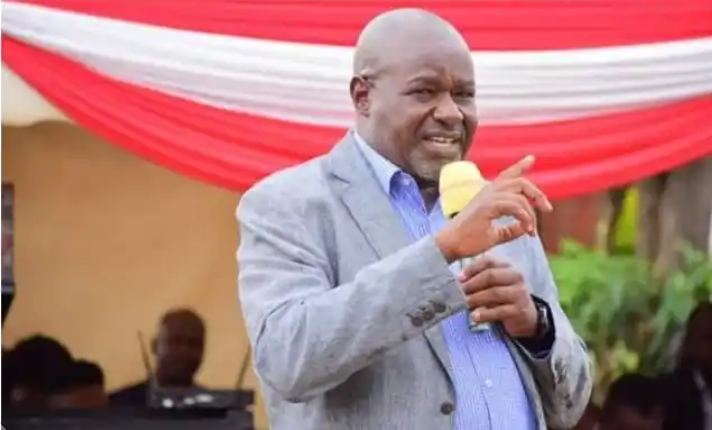 Soi MP Caleb Kositany was one time oftenly referred to as the deputy president’s unofficial spokesperson.

This was despite the fact that officially, the title belonged to David Mugonyi who largely remained obscure and unknown.

In fact, the only thing that made Mugonyi famous was when he was carjacked and his car stolen in 2014.

This was back when DP Ruto was at the height of his power, and the carjackers’ courage was unbelievable.

However, in recent times, as Kositany has slowly been falling into the shadows, concurrently, Mugonyi has become more visible.

This was marked by his vocal attack on Matiang’I following the CS’s exposé of alleged DP’s properties. Kositany’s latest statement now points to what might be trouble in the Deputy President’s camp.

About 24 hours after the former Prime Minister Raila Odinga was reportedly heckled by what was termed as a group of DP supporters, the Soi member of parliament has now come out to admonish this group.

In an early tweet that was posted on his Twitter handle in the wee hours of the morning, the legislator castigated the group for what he termed as unhealthy politics.

Let’s listen to anyone,however boring and uninspiring they may be,or just keep off their meetings,heckling ain’t healthy for our politics.

It is worth noting that in the past, Kositany has been one of the DP’s most avid supporters, defending him on anything and everything.

Former Prime Minister Raila Odinga who has currently been camping in Mt Kenya East popularising his 2022 presidential bid is alleged to have faced this predicament earlier in the week.

However, on Tuesday, when Raila took his campaigns to Nkubu, some sections of the media reported that he met fierce resistance from supporters of Deputy President William Ruto.

In one of his stopovers, Raila was welcomed by a rowdy crowd that was chanting the name of DP Ruto.

Efforts by Raila Odinga to calm the crowd by telling them Tibim and Tialala fell on deaf ears as residents continued to chant the name of the second in command.