By NowHotNews (self media writer) | 4 months ago

Just a few days ago, citizen Television hosted ODM Secretary General Edwin sifuna and ANC allied senator Cleophas Malala in what was seen as a fierce debate between the two.

Sifuna debunked claims that Raila Odinga and Azimio movement sponsored the heckling experienced in Ruto's Rally in Jacaranda, East Embakasi in Nairobi county. Sifuna blamed Ruto for all the misfortunes that follow him. 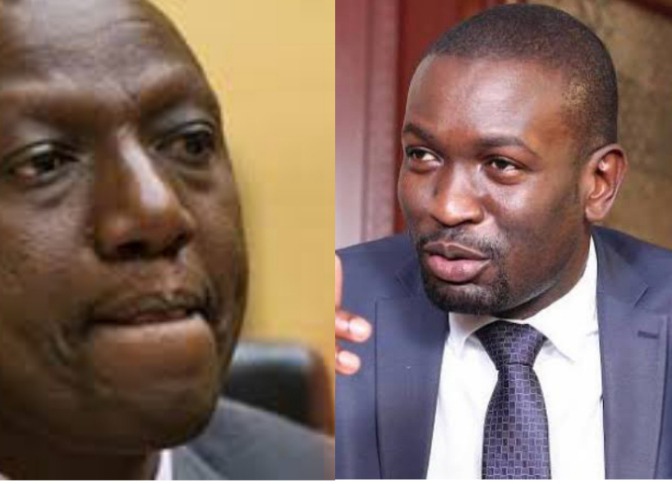 Further, Sifuna trashed the belief that Mudavadi has more vote count than Kalonzo. He openly told Malala that even if the four Luhya principals combine, they can't reach to half of Kalonzo's votes and added that there's no formula in OKA that puts Mudavadi infront of Kalonzo.

Today, Edwin sifuna and Engwen MP Kosgey will be live on citizen Television hosted by Jeff Koinange at 9pm. The two are young politicians with burning ambitions. Malala is vying for Nairobi senatorial seat in the upcoming August general elections. #JKL Live. Share and like. 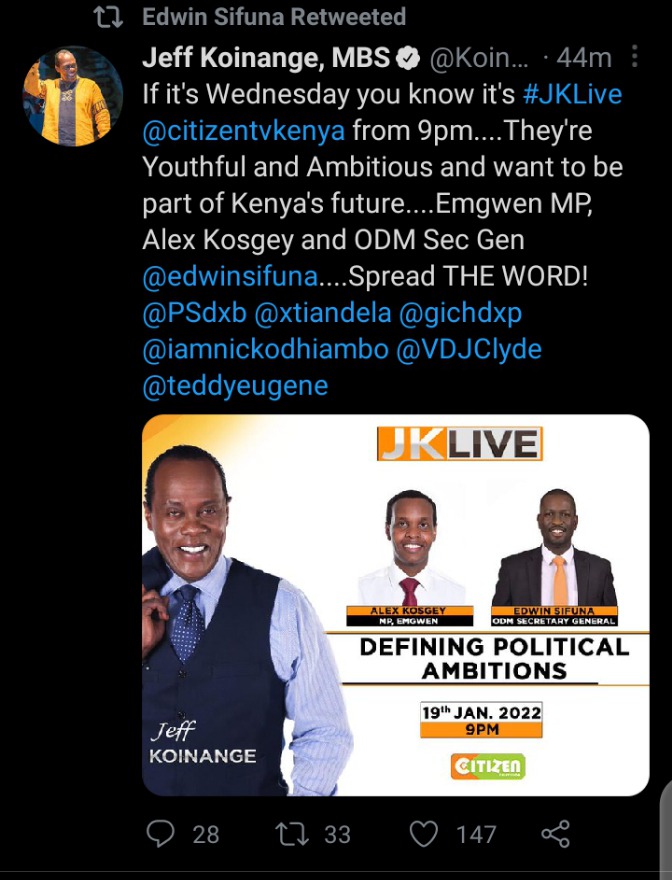