"Ruto is in Denial, The Game Has Changed" Expert Claims Why Raila Demonization Won't Work in Mt Kenya

By Ryndy (self media writer) | 6 months ago 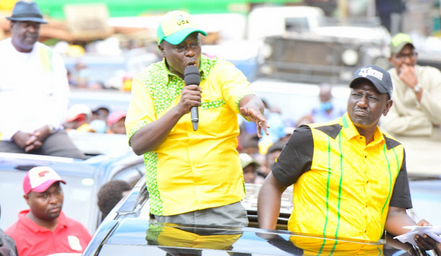 With campaigns kicking off officially ahead of the August polls, Political Commentator Professor Peter Kagwanja argues that the presidential race has been shaped, and things are not the same like before.

According to him, the ODM party leader Raila Odinga, who is the Azimio La Umoja One Kenya Alliance flag bearer, is now being received and supported across the country contrary to the past elections when Mt Kenya was against his bid.

In his interview with TV 47 on Monday, Kagwanja argued that Deputy President William Ruto, and the leaders supporting his bid under the Kenya Kwanza Alliance are in denial that 'demonizing' Raila is no longer working as it did in 2013 and 2017.

The political expert adds that the game changed on May 16 when Raila unveiled Narc Kenya party leader, and the Former Justice Minister Martha Karua as his running mate, noting that the gender card and Karua's reform credentials have earned Raila's bid more trust and hope from Kenyans. 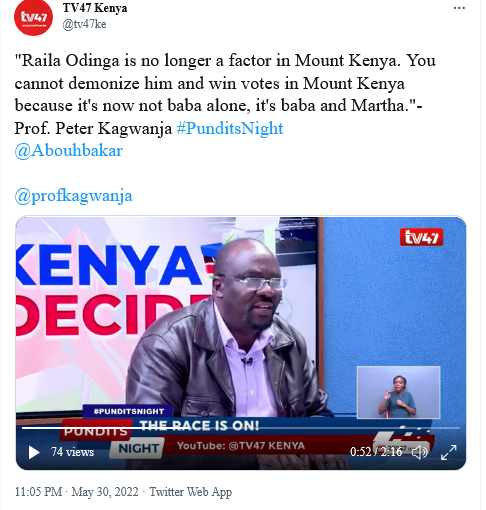 "What UDA team needs to get in their minds is that denialism and singing the very old song is not going to help. They have to change the tune because the game has changed."

"Raila is no longer a factor in Mt Kenya, you cannot demonize Raila in Central Region, and expect to get votes, this is because it is no longer about Raila Odinga, but its now Baba na Mama,' and also by the fact that Uhuru has taken a back seat in Raila's bid, who will they blame. The ground has changed," said Kagwanja.