By Sirpeters (self media writer) | 1 month ago 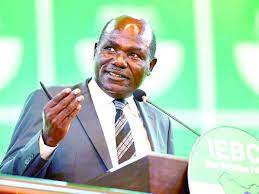 The disputed 0.01% disparity in the totalization of presidential results has been addressed by Wafula Chebukati, chair of the Independent Electoral and Boundaries Commission. The chairperson presented an illustrated tabulation demonstrating the rounding of the percentages for each presidential contender. 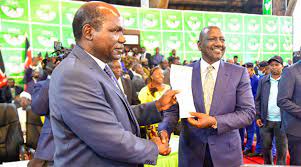 The IEBC chair said in a long statement released this evening, August 17, that the claim made by four IEBC commissioners who dissented that the total percentage had increased by 0.01% was inaccurate and deceptive.

"The four commissioners, Juliana Cherera, Francis Wanderi, Justus Nyang'aya, and Irene Masit, claim that the results of the presidential election have increased by 0.01%, but this claim is untrue and deceptive. Please see the attached tabulation for a precise analysis that is based on science. We exhort Kenyans to engage with these findings and form an unbiased opinion "He spoke 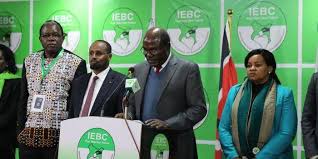 The IEBC chair said in his statement that the rebel commissioners had broken their oath of office by abruptly severing ties with the commission and disclosing to the public the inner workings of the commission. Before he announced the presidential results, Chebukati said that the four had attempted to start a run-off after asking him to moderate the results.

"The four commissioners urged that the chairperson moderate the results for the purpose of forcing an election re-run contrary to their oath of office during a briefing meeting conducted on August 15 at around 3pm before the official release of the presidential election results," said Chebukati. 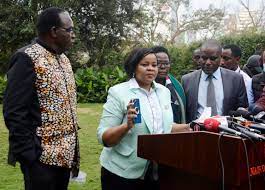 What is opinion on Chebukati's statement?

Just in: Goods Which Prices Are Set to go High This Month Finally Revealed

What President Ruto Said About Prices of Fertilizers

Chemistry Teacher fired for making subject 'too hard' for students

Over 110 KCPE And KCSE Students Pregnant, Here Is The County With The Highest Teenage Pregnancy.