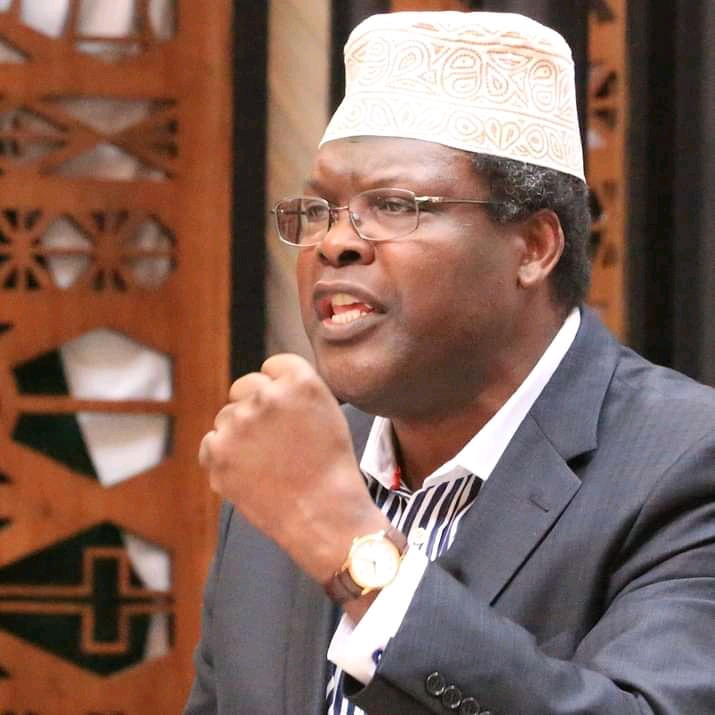 Politics in Kenya has taken another step where citizens and leaders are making unexpected vows.

Since the deportation of the former Nairobi gubernatorial aspirant Dr. Miguna Miguna, Miguna has always been bitter and opposer of the former prime minister Hon. Raila Odinga.

Miguna has failed to direct his followers on which side is he supporting either amongst the deputy president William Ruto, Raila Odinga, Musalia Mudavadi or Kalonzo Musyioka among other candidates who have declared to vie for presidency in Kenya.

Today using his social media platforms the lawyer Miguna Miguna has vowed to sell his assets in Kenya and officially make an official announcement to stop being a member of Kenyan country if Raila wins the August Elections.

This has exactly shown the degree of hatred Miguna has to his tribe mate Hon. Raila Odinga. Miguna stood with Raila in 2017 general elections and even further went to swear in Raila Odinga after Raila felt that his votes have been stolen. This action led suffering of Miguna from abduction to deportation of Miguna Miguna. 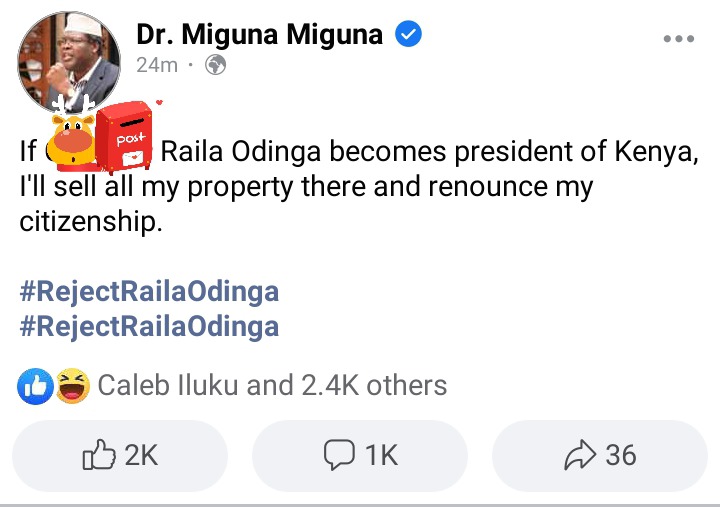