Kisii Leaders Issues Fresh Demands to Raila, Tells Him to Make Assurance On Matiang'i Being Retained 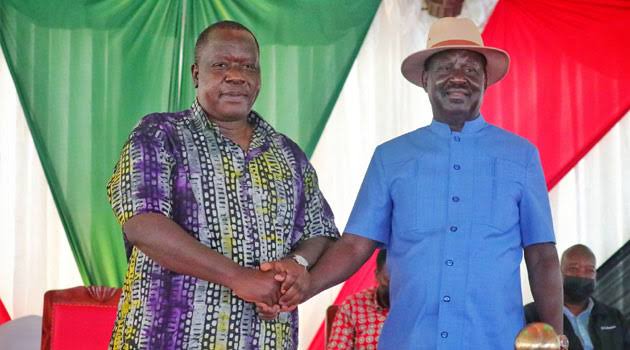 Danstan Omari has requested that Azimio one Kenya Alliance presidential candidate Raila Odinga officially tell the Kisii community that Interior Cabinet Secretary Fred Matiang'i will remain in his position if he wins the August elections.

This follows Odinga's announcement during the Azimio tour in Nyamira County that he will accept Fred Matiangi in his government after the elections.

Omari stated, "Our presidential candidate has stated that he will accommodate our son in the future government; we would like him to clarify for the assurance of our community that Matiangi will continue to serve as minister of the interior."

He stated that the Kisii Community resides in Azimio and has pledged to vote for the Azimio Government, so they would not be left behind in the Azimio share if the government is taken over.

"We are not in Azimio by mistake; as a community, we have elected to put all of our eggs in one basket by voting for leaders who would accommodate us," added Omari.

Due to the handshake between Odinga and President Uhuru Kenyatta in the Azimio government, he stated that the Kisii people in the top positions in the Jubilee government should be retained, including the soliciter general, chairman of lands commission, controller of budget, and chairman of the central bank. 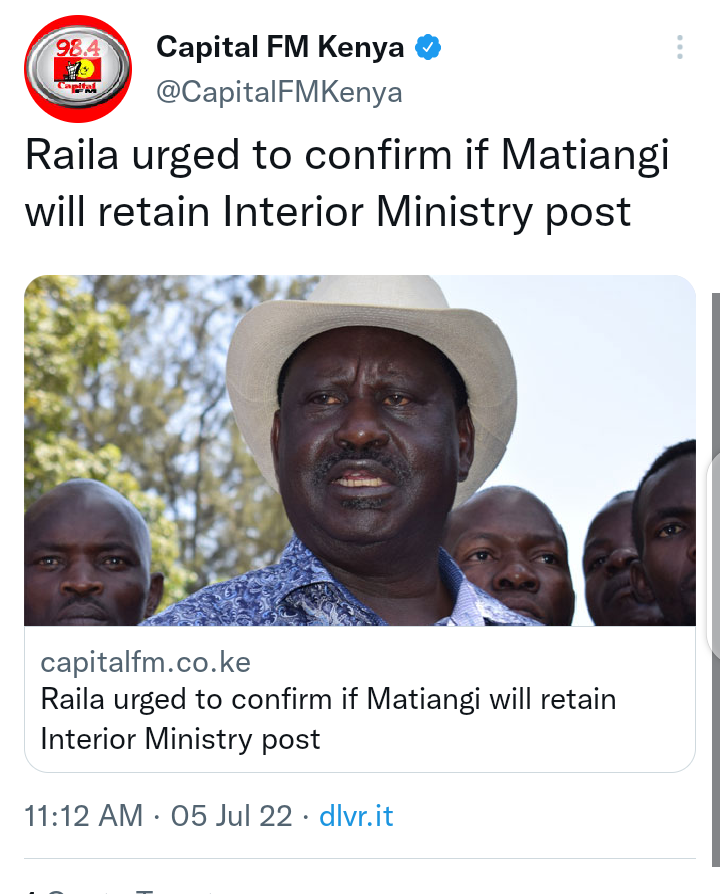 Stephen Mogaka, the Jubilee candidate for the west Mugirango constituency, stated that it was crucial for Odinga to announce the benefits and takeaways of the Kisii people during his tour of Nyamira.

Stephen stated, "We applaud the choice of the Azimio presidential candidate to accommodate Matiangi in the Azimio government."

Fred Matiangi came out publicly and declared his support for the Azimio candidate Raila Odinga prior to the General Elections.