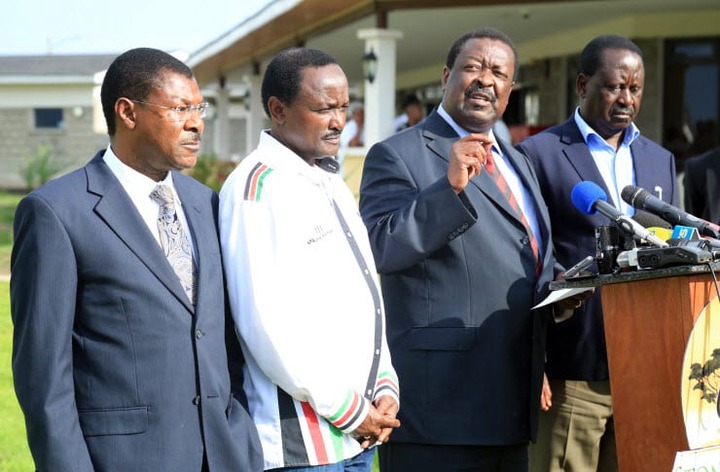 Raila Odinga was seen yesterday with ambitions of pulling Wiper leader Kalonzo Musyoka into Odm despite parting ways as NASA after famous handshake between him and the president Uhuru Kenyatta where they agreed to form One Kenya Alliance. After yesterday's remarks during the final send off of former Kibwezi member of parliament Kalembe Ndile Kalonzo Musyoka has been warned severely against falling into Raila Odinga's trap. Senior counsel Ahmednasir claimed that "Raila would rather die than be hon Kalonzo Musyoka's running mate." 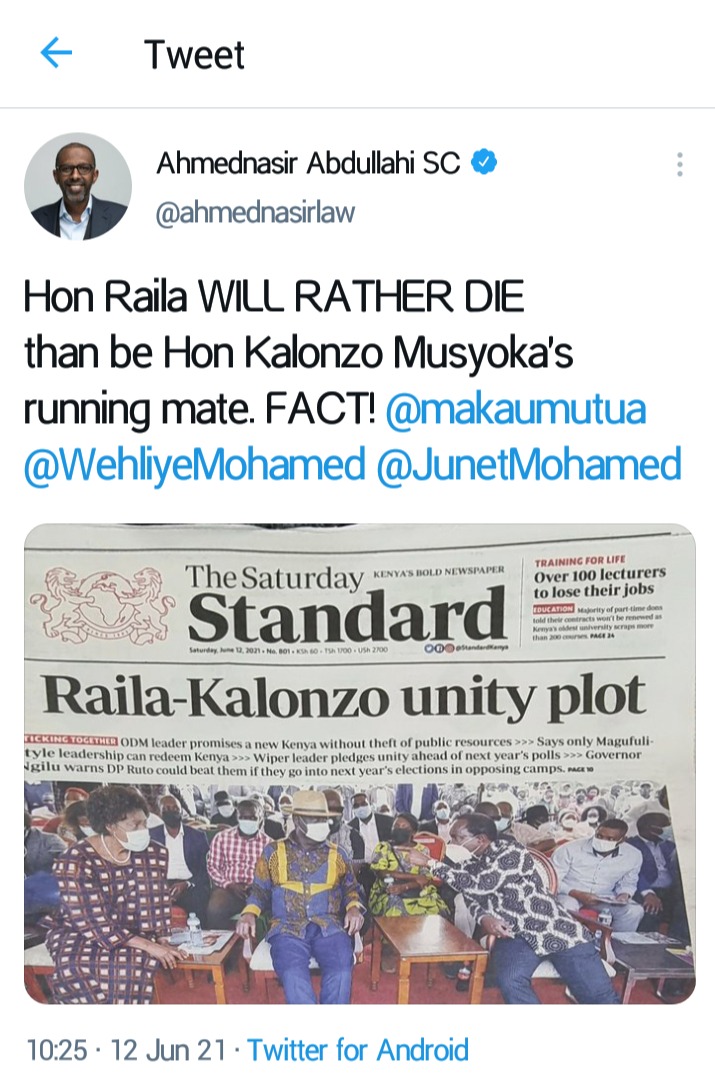 More pressure has continued to pile to Raila Odinga with leaders and general public warning of Odinga's bad tricks. According to Edward Kisiang'ani on his official Twitter account "At the height of handshake romance, ODM leader and his supporting cast of politicians denounced Kalonzo, Musalia, Weta and repeatedly announced NASA had died. Now that Odm fortune are dwindling, Odinga thinks his NASA Allies are still available for misuse and cheat." Kisiang'ani slammed Raila.

Kisiang'ani remarks has attracted alot of reactions from netizens

Forget About Moses Kuria, This is the Preferred Running Mate by Dp Ruto in 2022-Opinion