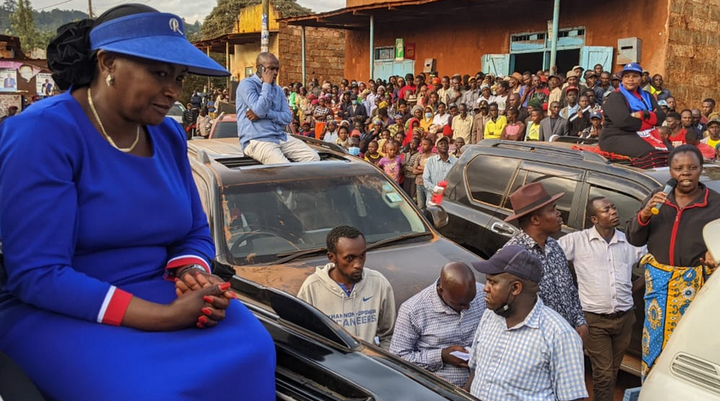 Wiper Machakos County gubernatorial candidate Wavinya Ndeti has called upon the Azimio La Umoja One Kenya Alliance leadership, led by Raila Odinga and her party leader Kalonzo Musyoka not to tell any candidate to drop their bids in Machakos gubernatorial race.

Ndeti who was speaking on Thursday in Matungulu Constituency Machakos, during Wiper candidates joint campaign rally, said that she is confident of winning the seat in the August 9 polls with a big margin, and succeed Governor Alfred Mutua as the second governor.

She went on to say that her opponents have been against her bid since they know she will defeat him, telling the Azimio council to allow them to contest for the seat despite some of them being candidates of Azimio affiliate political parties. 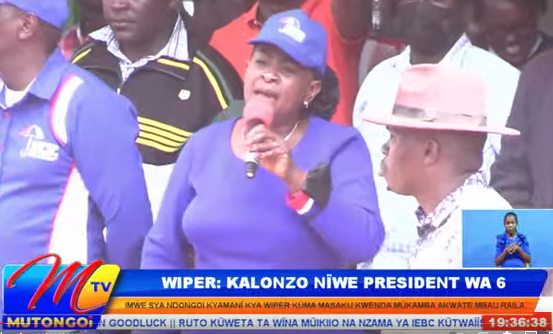 Listen to her sentiments in the video below from the 4th minute.