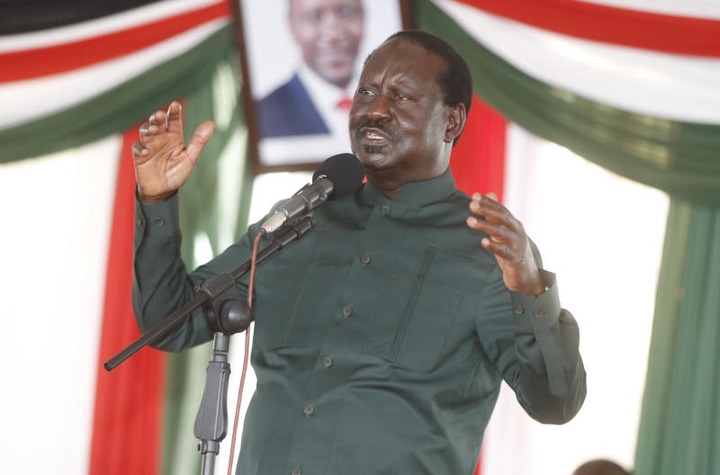 Nominated MP Maina Kamanda now says that ODM leader Raila Odinga is indeed on the right track in his pursuit of the Mt Kenya support ahead of his expected presidential bid for next year.

He is among leaders from the area allied to President Uhuru Kenyatta who have been helping the former Premier with his campaigns, campaigns he has now said are delivering better results than was expected.

He on Monday claimed that Raila has surprised them, as when they began his campaigns in the region they were only looking for 10 percent support but he has surpassed this and is now at 50 percent.

He added that he also has the full support of Uhuru, whom he stated will help him in his bid to lead the country after the 2022 elections, adding that there is no way Deputy President William Ruto can beat them. 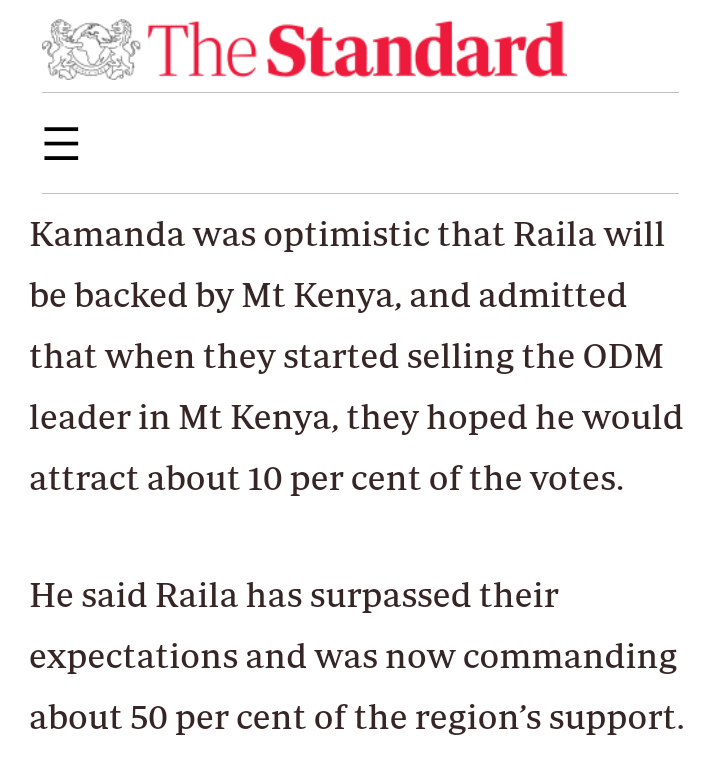 "These two people; this man here and the President, are planning something big. Let those defecting to Ruto's camp go, that group is approaching it's end," said the former Starehe parliamentarian.

He was among the leaders who attended Raila's meeting with ODM and Jubilee members ahead of his final 'Azimio La Umoja' event scheduld to be held at the Kasarani Stadium in Nairobi on Friday.

This comes as an echo to a similar remark by Kieni MP Kanini Kega who on Sunday stated that Raila is actually performing better than expected and can now brag of having the Mt Kenya vote.

"We are currently at about 60 percent which we expect to increase to 80 percent once he makes the announcement that he will be vying on Friday," he said while accompanying Raila to Nairobi. 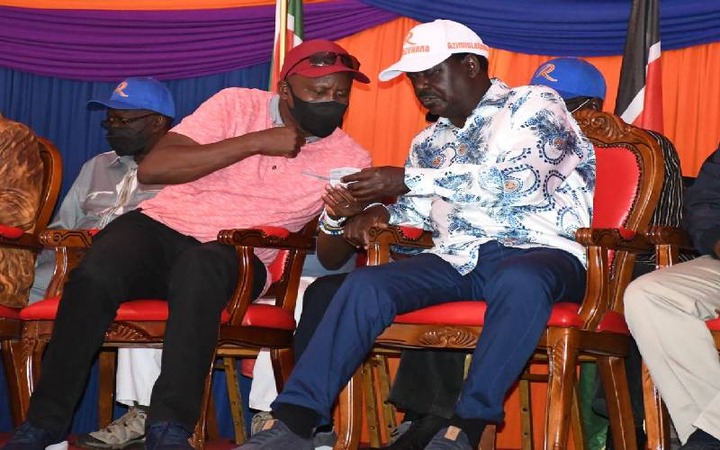 Their remarks suggest that Raila has turned the tables on Ruto in the region, which was until recently seen as an area whose vote Ruto has already secured and cannot be taken away even by Uhuru himself.

Analysts have said that 30 percent of the Mt Kenya vote is enough to help Raila defeat Ruto, provided that he keeps his traditional voting blocs.