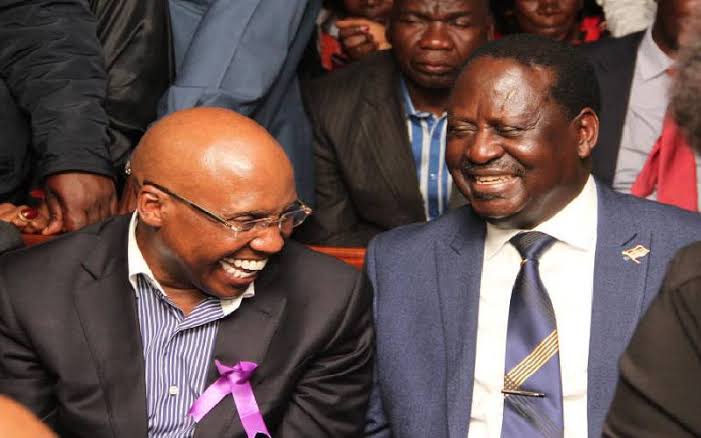 The experts while speaking during an interview with the STANDARD newspaper publication today on Sunday 19th of September have alleged that the political rivalry between the two ODM diehards might just be one of Raila Odinga's political tricks to get votes from the Mount Kenya region. According to the experts, Raila and Jimmy Wanjigi have been buddies for a very long time adding that the cold blood they have developed against each other might be part of Raila's elaborate plan to make Raila cling to power. "The Way I see it, Jimmy Wanjigi is Raila Odinga's Trojan horse to gain votes from the Mount Kenya region. The end game is to defeat Wanjigi in the primary norminations after Which Wanjigi will pull out of the race and declare support for him and deliver Mt Kenya region votes, "Herman Manyara told the papers.

" Jimmy Wanjigi have worked very close with Baba and have a close mutual understanding, which makes it possible that the two might know what the Endgame will be. I think there is more than meets the eye in their rivalry, "Professor Amukowe Anangwa added. 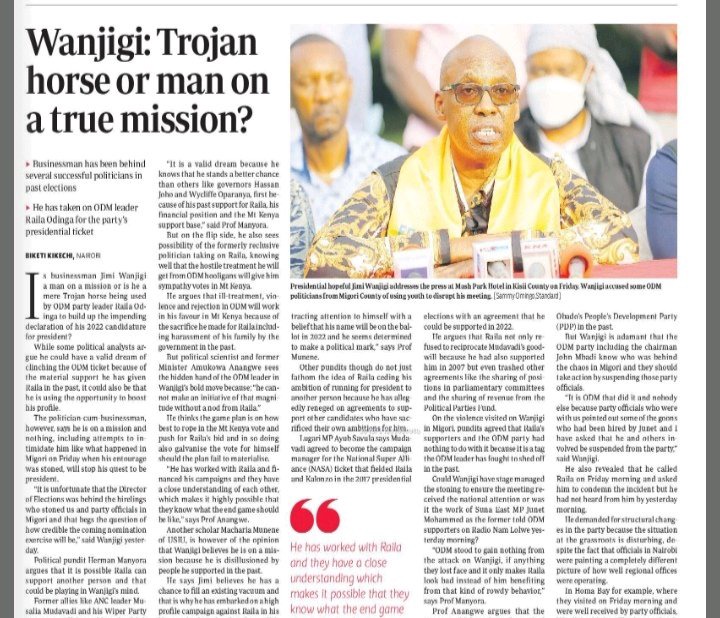