By I.Nwriter (self media writer) | 7 months ago

it is a big win for both the former Prime Minister of the Republic of Kenya Raila Odinga and the Jubilee Party leader President Uhuru Kenyatta as their Building Bridges Initiative (BBI) bill wins big during the Thursday's Parliamentary debate. A large number of Legislators have voted in support of the BBI bill which is a big setback for both the Deputy President Dr William Ruto and the United Democratic Alliance party members. 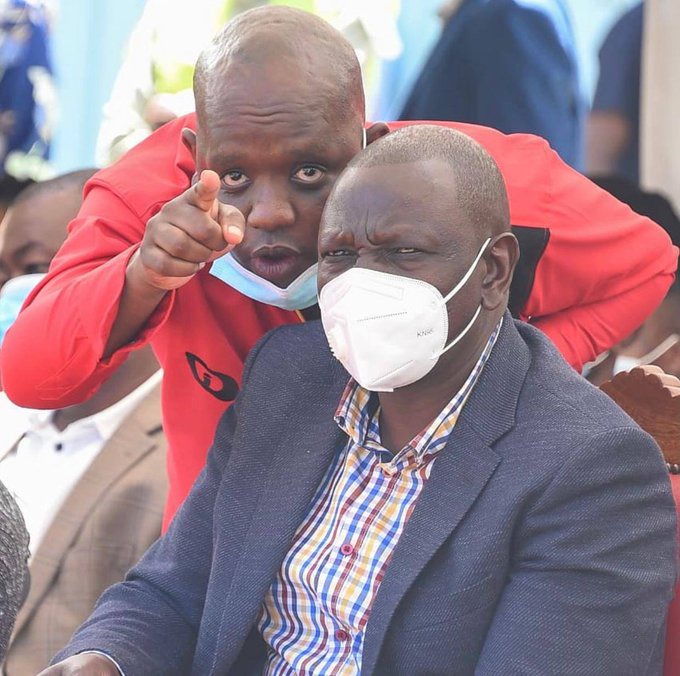 However, it is good news for William Ruto as his close ally Mr Dennis Itumbi now vows to stand with the UDA party decision on BBI if at all referendum comes. 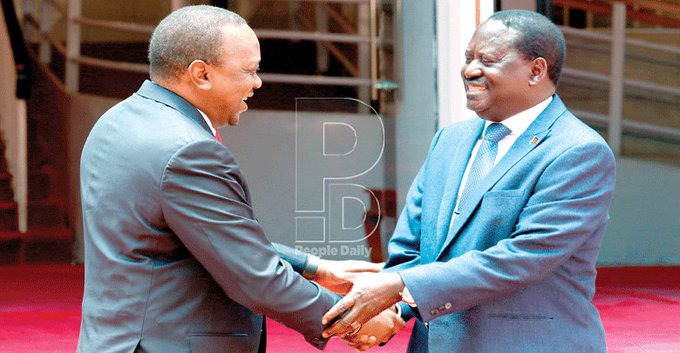 On his twitter page, William Ruto's diehard has noted that he will vote against the Uhuru-Raila's Building Bridges Initiative 'BBI' bill if and when it gets to a referendum.

''I, Dennis Ole Itumbi, will vote NO......at Kathoge Market, polling Station, Gichugu Constituency, Kirinyaga County... IF BBI ever gets to a Referendum.'' Dennis Itumbi stated on his twitter page. 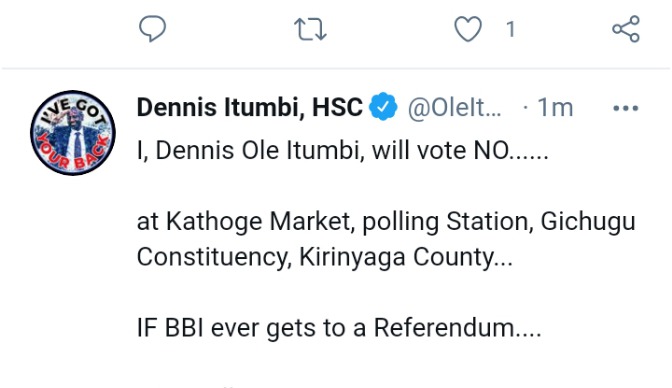