By Aronmajor (self media writer) | 1 month ago

The United Democratic Movement (UDM) party head has sent a brief statement to the Azimio coalition, which he utilized to run for Senate in the previous election in Mandera county and win. 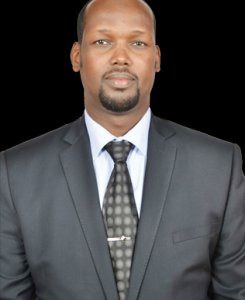 In spite of the political register still being firm that all parties on the Azimio side, including United Democratic Movement, Maendeleo Chap Chap, and Pamoja African Alliance, which had already joined Ruto's camp, are still intact, the UDM leader and his members decided to join the Kenya Kwanza coalition after the announcement of the presidential results and publicly signed an agreement with this coalition.

This made things challenging in the Senate House yesterday at the Senate Business Committee nomination when Ali Roba's motion sparked a heated discussion about whether his party is in the Azimio or Kenya Kwanza coalitions between these two sides.

This allowed the Mandera senator to express himself clearly to the Azimio members, who were then informed that his party and all of its members had left, and that he was pleading with the coalition's allies to accept this and carry on with their duties.

We have rejected it and gone on, so get used to it, he said. In addition to supporting Ali Robi during his campaign in Mandera county, Raila Odinga may take a significant hit from this.

Content created and supplied by: Aronmajor (via Opera News )

Raila's Aide Under Fire After Threatening To Stop 2022 General Elections