Weta Says Raila Is The First Casualty Of His Removal As Senate Leader, Says He Can't Step In Bungoma 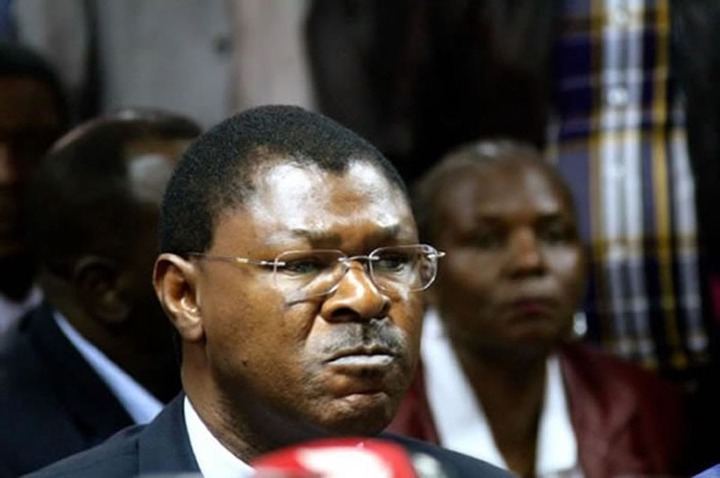 It seems that Moses Wetangula is still very bitter with Raila concerning his removal as the Senate majority leader by his former Coalition members. Wetangula was removed after the handshake supporters in Senate suspected him of being close to the Deputy President who is very hostile to Uhuru.

At the time there was a purge of anti-handshake politicians such as Majority leader in the National Assembly Aden Duale and Majority Leader in the Senate Kithure Kindiki. Wetangula whose Ford Kenya Party is in Kenya Kwanza has vowed to marshall all support he can to deliver 70% of Western Kenya votes to William Ruto.

When Wetangula was ousted, he did not go down without first firing warning shots at his opponents of things to come. At the time he warned that his removal would be messy, noisy and it will have casualties.

Recently, Wetangula announced that Kenya Kwanza leaders from Western Kenya had started grassroots mobilisation to deliver over 70 percent of votes in that region that they promised DP Ruto.

The Ford Kenya leader was quoted by Nation saying, "When he (Raila Odinga) kicked me out of the Senate minority leader's office, I told them it will be messy, noisy, and it will have casualties. Now Raila cannot step into Bungoma. He has no votes. Kenya Kwanza is supported by over 87 percent of Bungoma residents. Raila is the first casualty." 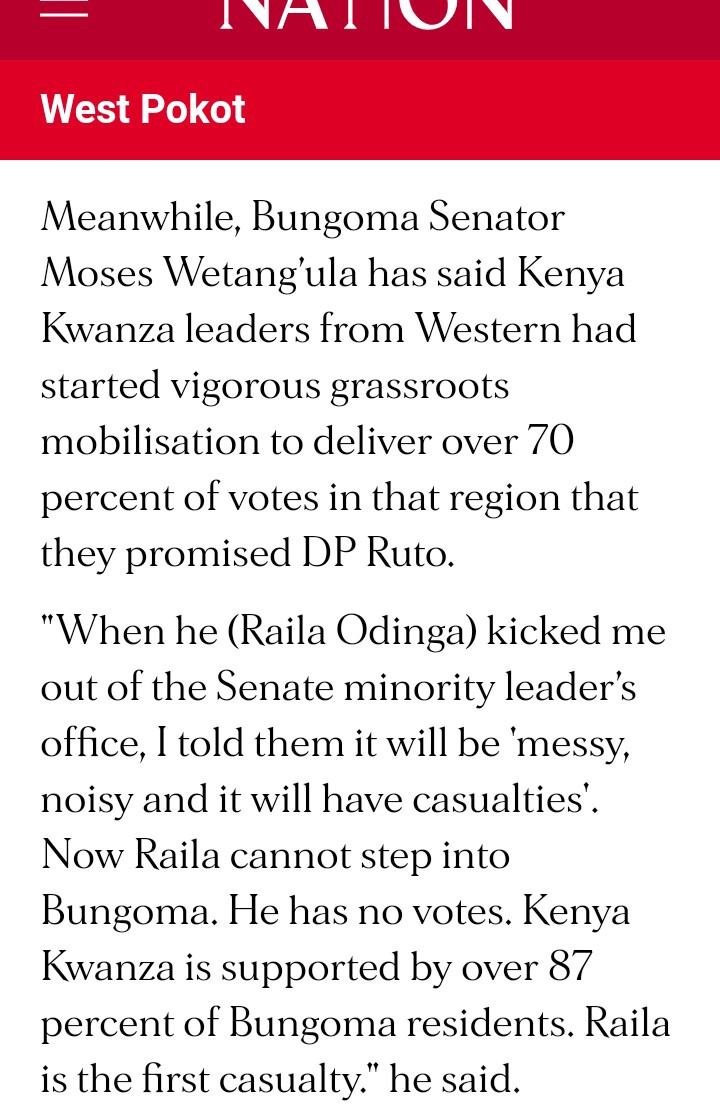 The Western vote is very crucial for both Raila Odinga and DP Ruto. The one who will garner the most votes from the region will have a high chance of clinching the Presidency. Previously, the region has voted overwhelmingly for Raila Odinga and it will be curious to see if Musalia Mudavadi and Moses Wetangula can tip the weighing scale in Ruto's favour.

The Best Alternative For The New Toyota Belta.