Raila Says ICC Made Him Accept Ruto's Win, Otherwise The Country Would Have Plunged Into Chaos

It's now a month after William Ruto was sworn in as Kenya's fifth President after winning the last general elections that were held on August 9. According to orders declared by the supreme court under the leadership of Chief Justice Martha Koome, Ruto's win was done justly thus there was no need to challenge him. The Court dismissed Raila's petition and stood up to affirm Ruto's win. 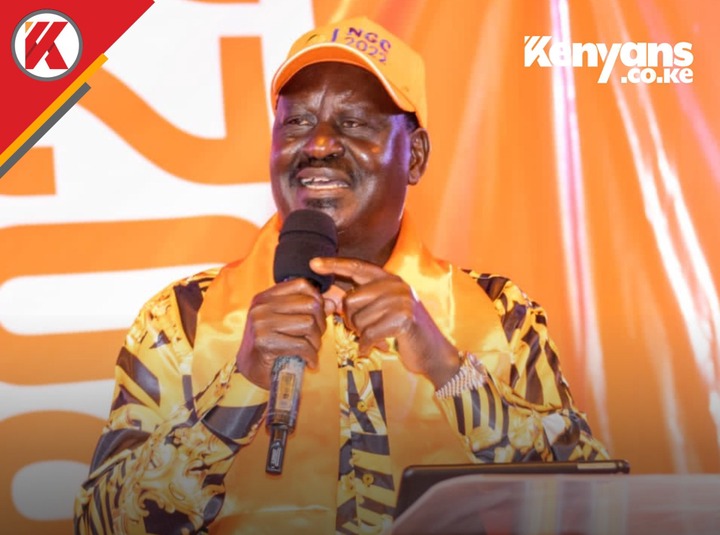 From that time, Raila's team has been planning on being the opposition side. Raila Odiga though didn't talk much about the elections, maintained that he didn't agree with you Court findings. Today, a newspaper has finally unveiled what transpired after the election results were announced. 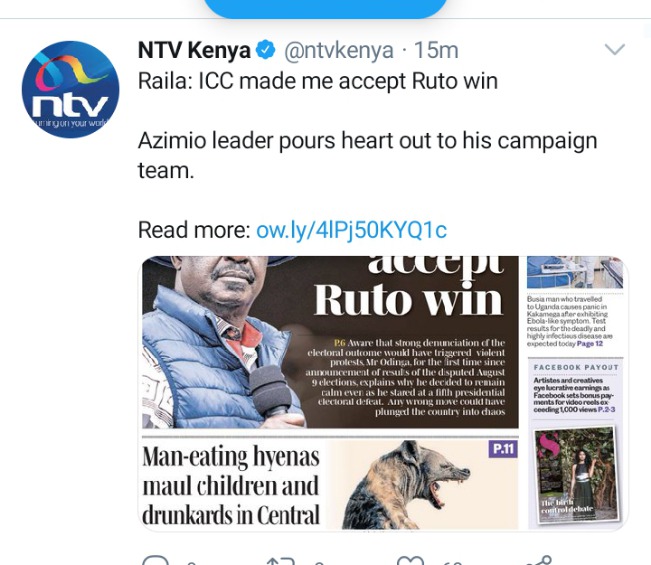 According to a report revealed by Azimio La Umoja party leader Raila, he was forced by the ICC court to accept Ruto's win. Raila's report says " Be aware that strong denunciation of the electoral outcome would have triggered violent protests."Thus Raila decided to remain calm because any wrong move would have plunged the country into civil war crisis. That's why ICC pushed him to accept it for the sake of Kenyans. 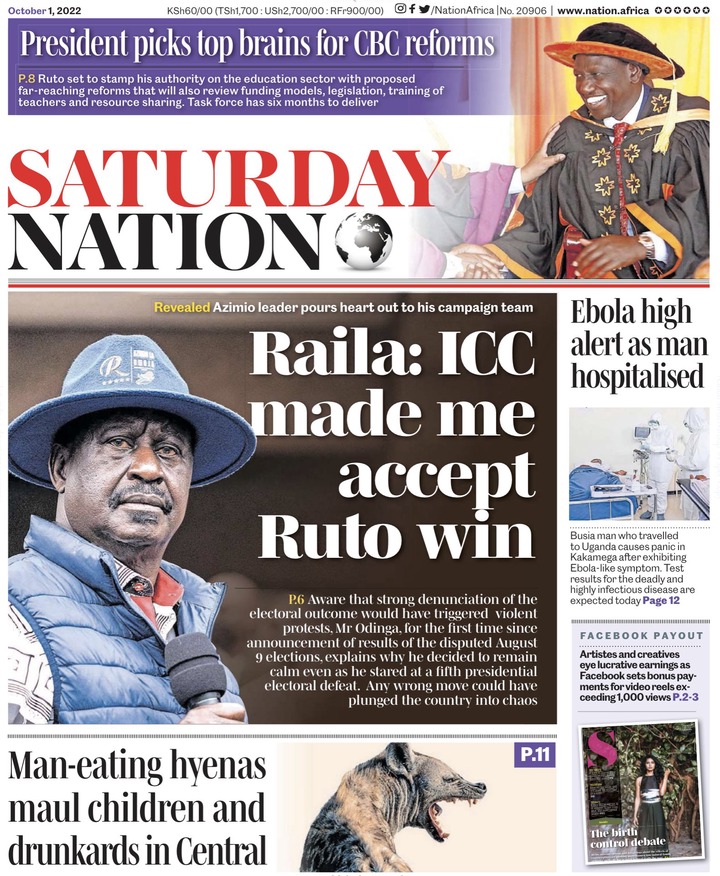 "Kenyans Are Not Stupid" Ledama Alleges What Ruto Is Illegally Doing With Hustler Funds.