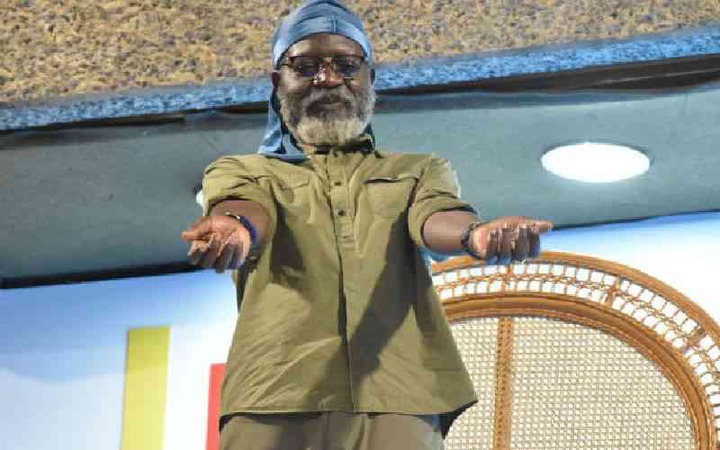 Roots Party presidential candidate George Wajackoyah has explained why he is not being seen spending too much in his campaigns.

This comes at a time when two of his three competitors; ODM leader Raila Odinga and DP William Ruto, are holding big and extravagant rallies while cruising the country in choppers.

But Wajackoyah has said that he cannot afford such, adding that the same should answer those of the opinion that he might be a state project.

He on Wednesday said that were he a project, he would have been accorded choppers and a campaign budget, which is clearly not the case.

"I want to make it clear that I am neither a government nor anyone’s project. I am running my own race for the people of Kenya. If I were a government project as they claim, I would be flying around in choppers as others are doing," the lawyer said in Murang'a as is quoted by The People Daily. 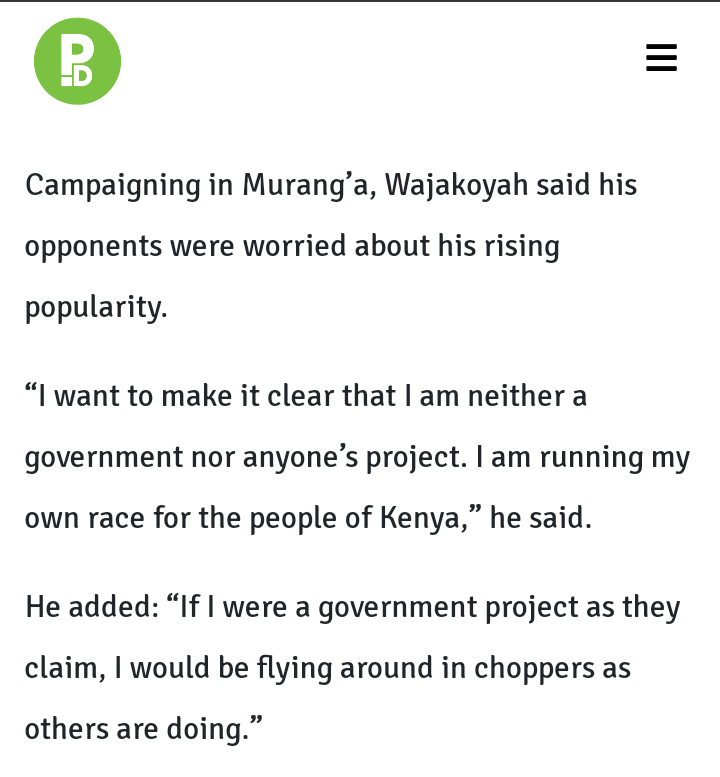 He said that those accusing him of being a project are developing fear after finding out that his agenda is reasonating with a big portion of the population.

Wajackoyah was responding to allies of Deputy President William Ruto, who believe that he is being sponsored sponsored by the state to distract Kenyans, especially the youth, with the aim of preventing them from voting for Ruto.

But Wajackoyah says that these are scared people who have sensed a possible defeat in his hands.

“I think they are beginning to feel my impact in the race and they are sensing defeat,” he said, days after making remarks that were seen as an indirect endorsement of Odinga.

Raila is considered Ruto's main opponent in the race to succeed President Uhuru Kenyatta and also has the backing of the state.

Hair Stopped Growing on My Body After My Late Dad Shaved Me, This Made My Hubby Run Away, Lady Says