By Petertherock (self meida writer) | 1 months

It goes without saying that the late, former Gem MP Jakoyo Midiwo, who died at 54, offered the ODM party paramount political counsel and his absence from the political scene was loud. 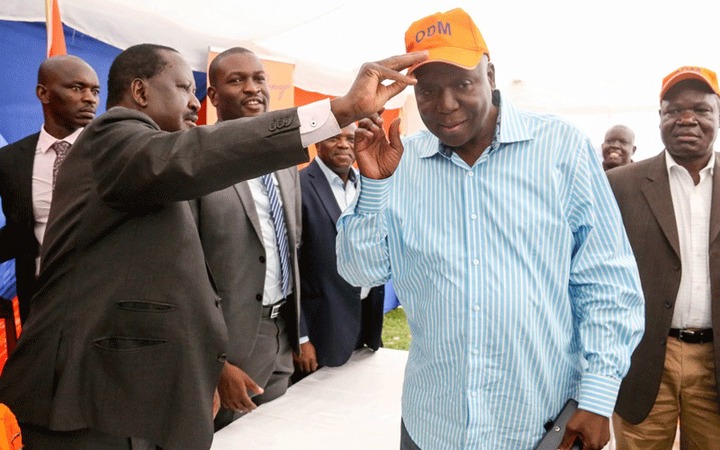 Midiwo was the cousin to ODM leader Raila Odinga.

Nicknamed Otada the ODM stalwart was an ardent defender of Raila and in the lead-up to the 2013 General Election, Midiwo sensationally claimed an assassination plot had been hatched against Raila

On the floor of the National Assembly, where he served as Minority Leader, the man who was Gem MP for three terms between 2002 and 2017 was a debater that made listeners turn up their volumes and get gripped by his submissions

His contributions were enthralling – and sometimes controversial. Even President Uhuru Kenyatta also acknowledged Midiwo’s debating skills on the floor of Parliament

“The Honourable Jakoyo was a straight-shooting debater on the floor of Parliament who became famous for witty anecdotes drawn from his interactions with his constituents and Kenyans across the country,” the President said.

But let us candidly talk about how the Party he defended fiercely, failed him; especially how he was treated after he lost his seat to Mr Elisha Odhiambo in 2017 amid a cloud of controversy.

Midiwo was first elected Gem MP in 2002 on a National Rainbow Alliance Party ticket and in 2007 on an ODM ticket to succeed Mr. Joe Donde.

From losing his seat and watching helplessly as his business premises were demolished, to threats of being evicted from his house in Kisumu, the past three years might have been the worst for the fallen politician.

Oburu Oginga, who is the spokesperson of the wider Odinga family, described his departed cousin as one of his sons with whom he stayed in his South B House in the 1990s, helping him raise school fees before he went for further studies in the United States.

“I guided Midiwo into politics and campaigned for him at a time people never believed in him until he clinched the seat,” said Oburu, admitting they had political differences in 2017 when Midiwo decamped from ODM to contest on an independent ticket after shambolic party primaries.

“We had political differences but never personal problems with him. Being an old man, I never engaged him in any back-and-forth because I feared my statements could have cursed him,” he added

He revealed Midiwo had talked to him about reclaiming the Gem parliamentary seat in the 2022 General Election, but the East Africa Legislative Assembly member asked him to return to the party first and face his rivals in the primaries.

His political ambition and firm belief in the truth made him run against ODM in 2017, a bold move that changed Siaya politics as well as his relationship with Raila

In the lead-up to the 2017 elections, he claimed to have been rigged in the nominations and later found new friends in former Rarieda MP Nicholas Gumbo, who was contesting the Siaya governorship, and Florence Aluodo, who also died on Monday after developing breathing difficulties.

“These were people-centred Siaya leaders, but these people now shedding crocodile tears tormented Midiwo, took his seat, demolished his business premises and humiliated him in public just because he took a different stand,” said Mr Gumbo to Daily Nation

He wondered why, even after reconciling with ODM, Midiwo was not given a job in government.

He said he and Midiwo were branded Jubilee moles when they contested as independent candidates.

“How many meetings did these people hold to stop Jakoyo? Why do they just want leaders without a spine? Every time one strong politician comes up, you become a marked man in Nyanza. This should stop because these are the things that killed my friend,” said an angry Gumbo.

"I Love You Babe" Gloria Kyallo's Boyfriend Shares Beautiful Message To Her, See His Pictures