New Details About The One Kenya Alliance Coalition

By MsLK (self media writer) | 4 months ago 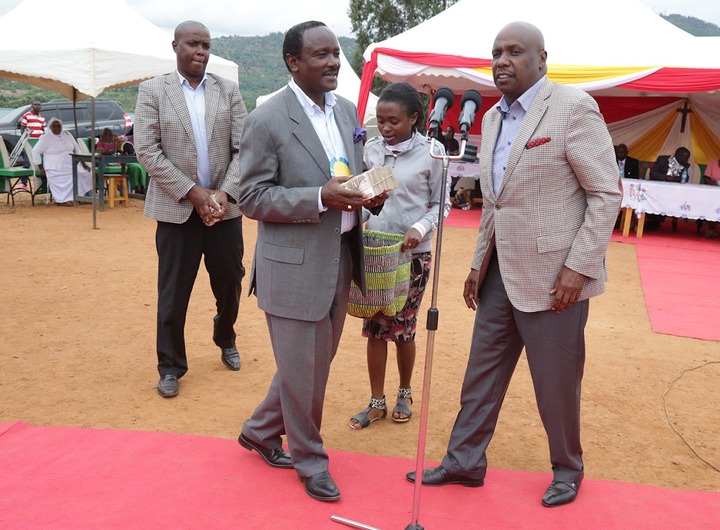 The One Kenya Alliance (OKA) principals Kalonzo Musyoka and Gideon Moi have revived their coalition with a new partnership that will be incorporating NARC Kenya party leader, Martha Karua.

On Wednesday the 26th of January, The Kenya National Union (KANU) unveiled a poster where they announced a joint campaign tour by Kalonzo, Gideon and Karua. The event will be held in Kitui County on the 27th of January ;which is tomorrow..

KANU's Secretary for Political Affairs Frederick Okango confirmed to a popular news blog that the NARC-Kenya party leader ,Martha Karua was an equal principal in the OKA regime.

He stated that Martha Karua is OKA's partner and that it was an equal principal in the alliance. He also stated that Karua was the party leader of NARC-Kenya and that they were equal partners.

He pointed out that OKA is the biggest coalition and that many more people would be joining it. Earlier today, Kalonzo held talks with George who is KANU party's Executive Director together with Justice Aaron Ringera and Francis Mwaura; the former Head of Civil Service in a bid for them to work together towards a unified front.

These particular development came about after former OKA principals - Moses Wetangula(Ford Kenya) and Musalia Mudavadi(ANC) ditched the alliance and opted to form a new partnership with Deputy President William Ruto.

This particular event shocked the country's political realm and was even dubbed as Mudavadi's earthquake. The ANC party leader, Mudavadi walked in at the Bomas of Kenya together with Deputy President William Ruto .

This seemingly irritated Moi and Kalonzo ; who stormed out of the event a few minutes before it officially began. Okango issued a statement thereafter stating that they had officially parted ways with Wetangula and Mudavadi and because of the new alliance.

Kalonzo, Ruto Scheduled For Clearance To Vie For Presidency On Same Date Amid Claims To Join Azimio

Nadia Mukami Reveals She Gave Birth Through CS as She Gushes Over Her Son, Haseeb Kai

Two players that can help chelsea to win many trophies next season.(opinion)