By Kefa_rop (self media writer) | 1 month ago

Former AG Charles Njonjo dismisses death rumours, says he is home enjoying his Utamaduni weekend. This is after fake news went viral as from yesterday at 10pm claiming that Charles Njonjo is dead 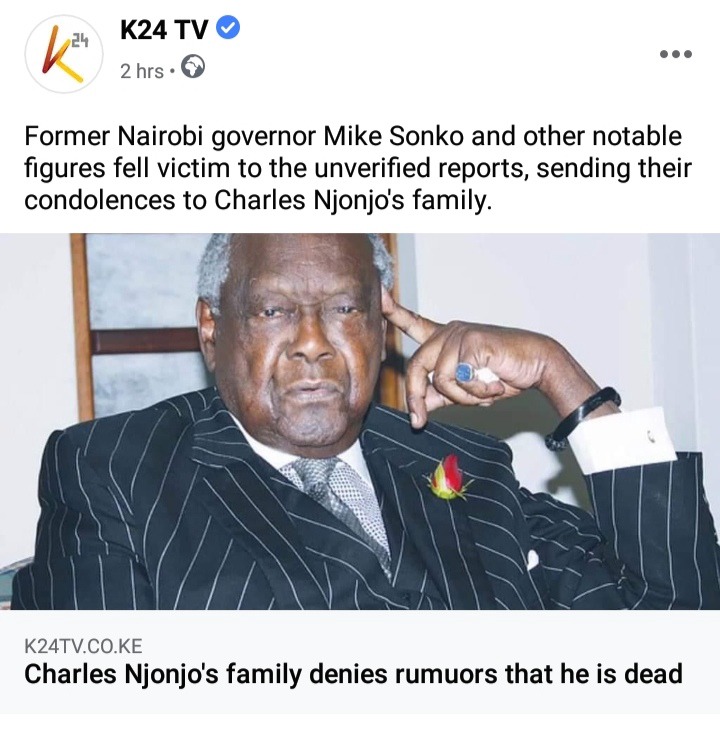 "Former AG Sir Charles Njonjo is dead. Rest in peace sir." This statement is not new in the social media. However, the family of the former Attorney General has countered the narrative stating that their loved one is enjoying the weekend.

The Njonjo family was close friends of Harry Leakey, whose son (Louis) and grandson (Richard) would later play important roles in archaeology and Kenyan politics.

Charles Njonjo entered into parliament in April 1980 after retiring as Attorney General at the age of 60, a post in which he had served for 17 years.

He had considered politics for over a decade but hesitated due to lack of a popular base. He was elected MP for Kikuyu unchallenged, after the incumbent MP had resigned his seat the day before Njonjo announced his candidacy.

In June 1980 he was selected for a newly created cabinet position by the late former President Daniel Arap Moi, as minister for home and constitutional affairs, during an expected cabinet reshuffle. 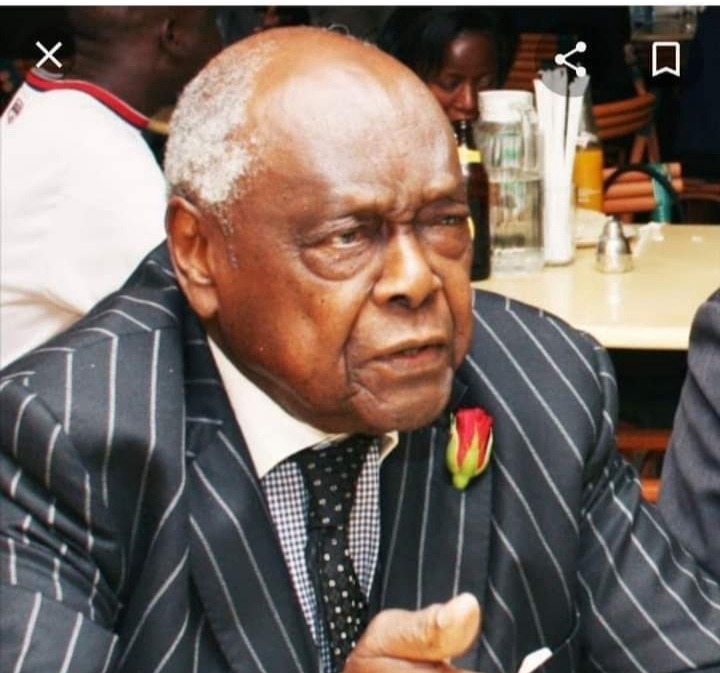 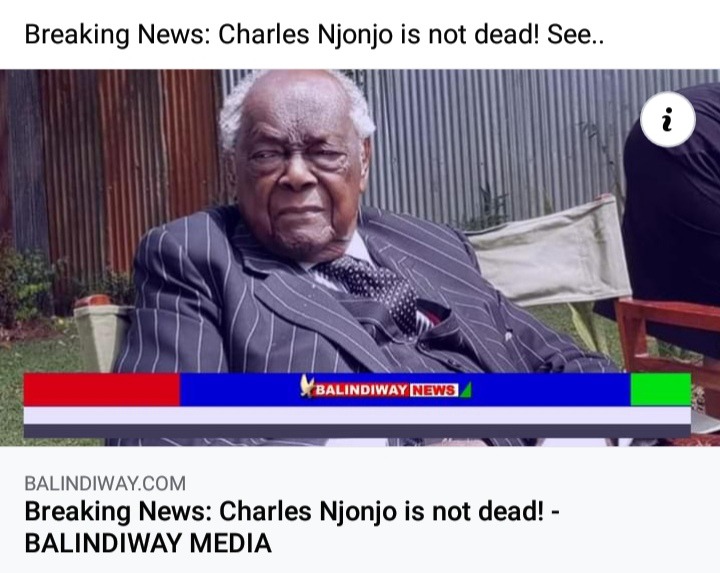 Ridiculous: The Only Town In Africa Where Black People Are Not Allowed To Stay In