Over the weekend, several photos surfaced online showing a bridge in Tanzania in a bad state that plunged a section of Tanzanians in fear and panic.

The bridge which is one of the longest bridges in Tanzania had its pictures shared on social media which made people believe it had cracked as shown in the picture above.

The photos made some Tanzanians to launch attacks against the government for faulty projecting that put Tanzanians' life at risk, especially those using the bridge on daily basis.

It also made a section of Tanzanians to have a different voting mind ahead of their eagerly awaited October 28 general election, which President John Pombe Magufuli is set to defend his seat.

The clear the fear that was rapidly growing up in Tanzanians, the government through the National Social Security Fund (NSSF) has said the photo was as a result of a photoshop. 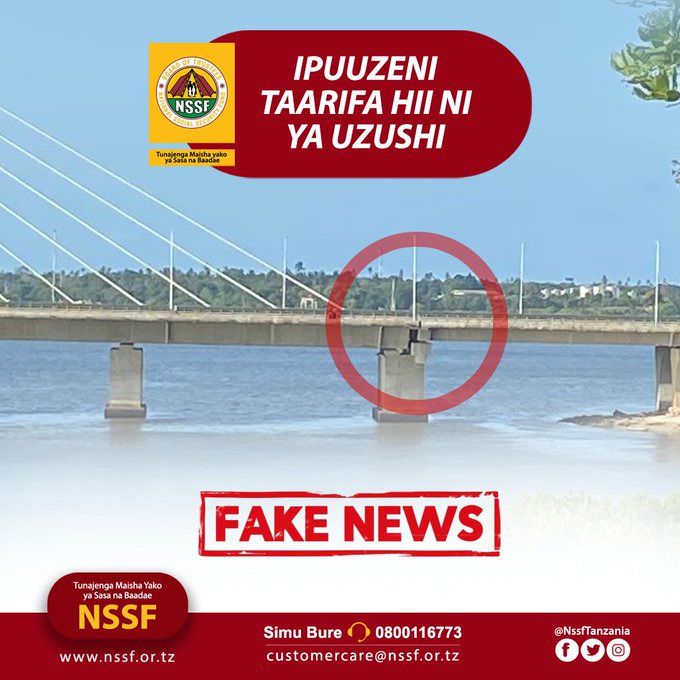 NSSF through a post on Twitter asked Tanzanians to ignore the photo and consider it as fake.

"IPUUZENI TAARIFA HII NI YA UZUSHI," NSSF tweeted, which loosely translates to (ignore this news, it is false).

However, Tanzanians have since taken to the comment section why NSSF is the one commending on such matters.

They said that even though NSSF is also a government agency, it was supposed to be the responsible agency to give clarification over the photo. 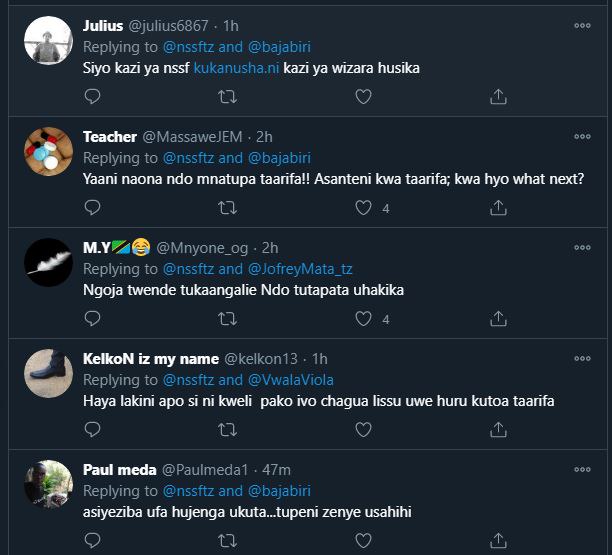 PROFITABLE businesses that will earn you over 10,000 Kes per day.