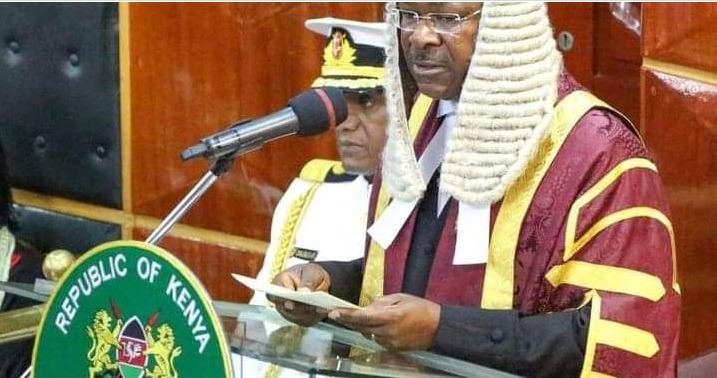 Speaker Moses Wetangula finally gave directions on the issue of Majority and Minority leader's stand off that has been making headlines for the past couple of days. Moses Wetangula faced a myriad of problems as he wondered which side would take the majority roles in the Parliament and which one will settle for minority responsibilities.

Raila's led Azimio La Umoja One Kenya Coalition and President Ruto’s Kenya Kwanza Alliance are both claiming to be the majority within the Parliament. Azimio La Umoja One Kenya Coalition has a total number of 174 elected members while Ruto's side has 159 elected members. However, many legislators dumped Raila's outfit and joined Ruto's camp without following the constitutional process. So they are still regarded as part of Azimio's team.

However, the speaker of the national assembly has postponed announcing which side has the majority. Wetangula revealed that the stalemate requires thorough debates by honorable members thereafter he will make final decision on 5th October 2022.

"With respect to the first question honourable members, I will reserve the rest of today’s sitting to allow the House to address me on this matter so that I can retreat to make a reasoned ruling and guidance to the house,” Moses Wetangula clarified today on 4th October 2022.

"I want to give the House time to ventilate on this matter. I urge you to debate with decorum, this house is not a political rally…" he said.

The stand off on the issue of majority in Parliament has continued to cause confusions as both camps naming the leader of Majority. President Ruto's side named Kimani Ichungwa while Raila's camp settled on Opiyo Wundayi. 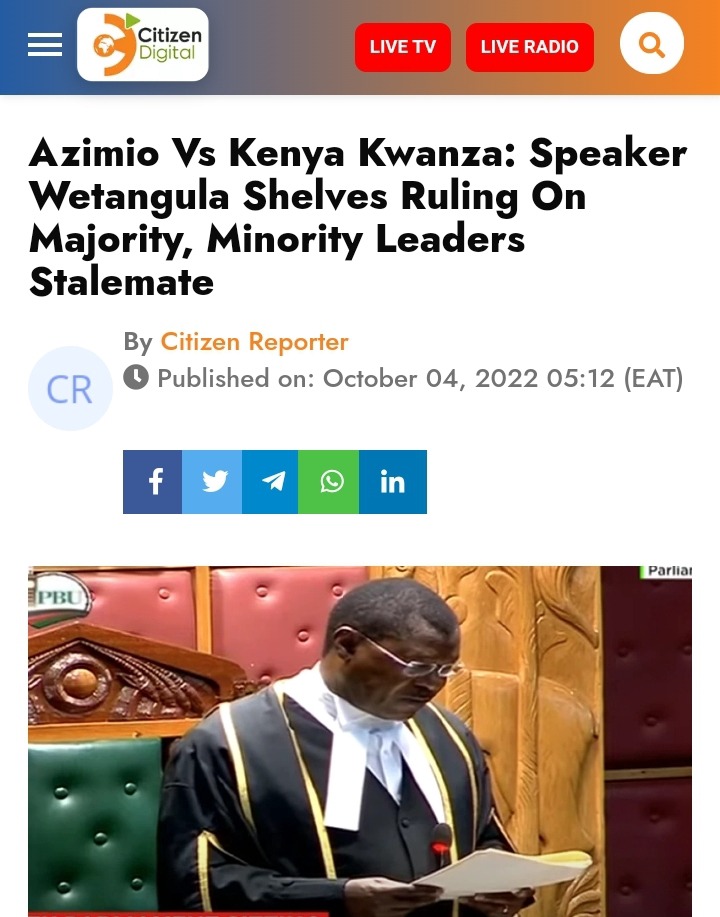