15 Kenya’s Chief Justices Since Independence; Years Each Served in Office

By NewsYako (self meida writer) | 23 days 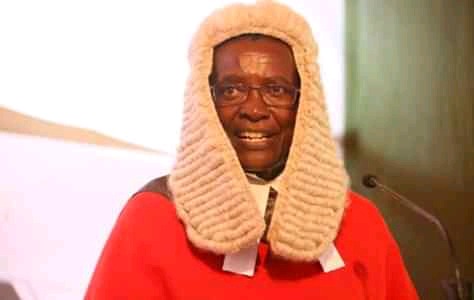 According to Kenya 2010, Kenya has three arms of government; Legislature, Judiciary and Executive.

In this article we'll check on Judiciary as an of government and how the three arms co-exist in terms of working together. Also, We will be able to know the presidents of Judiciary since after independence and periods each served in office.

However, David Maraga is the recent to retire as Kenya's Chief Justice or rather President of Supreme court. The constitutional process to replace him is currently ongoing as nine contestants have thrown hats in the ring each with hope to win the coveted position.

The Judiciary interprets the law and makes judgement. When people break the law, the exercutive, using police officers, arrests and take them before the Judiciary. The Judiciary, using magistrates and judges in Courts, look at the law made by the parliament to determine whether one has broken the law or not.

Today's Seven (7) Most Trending Matches To Place For Massive Win With GG & Over 2.5 Goals Tips

Mwangi Wa Iria: I Will Be Vying For Presidency, I Cannot Go Down To Become An MP