No Endorsement? Bad News to Matiangi as ODM Reveals The Role He Might Play in The Next Government

By TAGGII (self meida writer) | 1 months 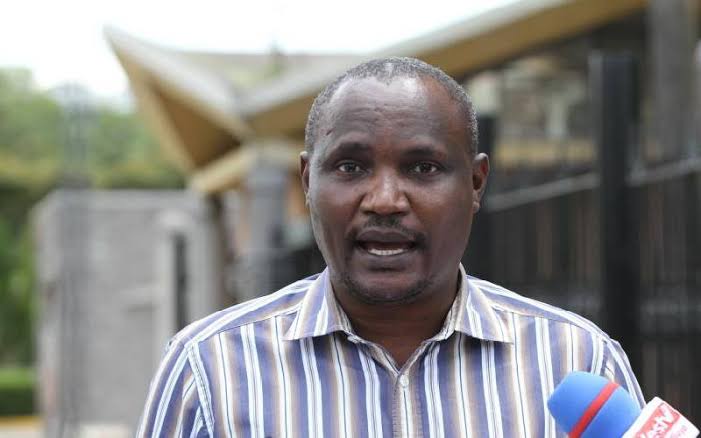 The Orange Democratic Movement party leadership has been forced to respond to claims that the party leader Hon Raila Amollo Odinga is planning on endorsing the Interior Cabinet Secretary Dr. Fred Matiangi to run for the presidency using the ODM-Jubilee coalition ticket.

Speaking to the STANDARD newspaper today on Monday 5th of July, the Orange Democratic Movement party chairman John Mbadi has dismissed those claims saying that the opposition chief meant what he Saud months ago that he will not endorse anybody for the top political seat. 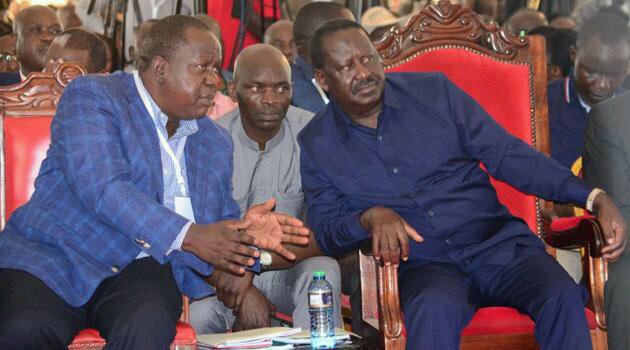 Mbadi however revealed that the interior CS Dr. Fred Matiangi plays a key role in Uhuru, Raila's succession plan. According to Mbadi, Dr. Matiangi has secured a place in the government that might be led by Raila though it is not a top political seat.

"It is true that Raila would want Matiangi to be part of his government because he has already carved a niche for himself. I can say he's more of a technocrat than a politician. However, I would be lying if I say that Mr. Odinga will endorse him for the top seat. Right now Raila is not ready to endorse anybody for the top seat as he had promised earlier, "Mbadi told the papers. 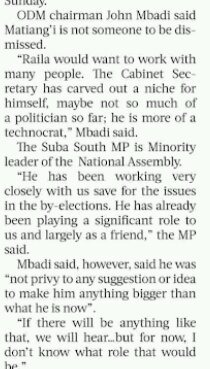