"Apologize to Kenyans for Current Problems And Drop Your 2022 Bid, You Failed Them" Mp Tells Ruto 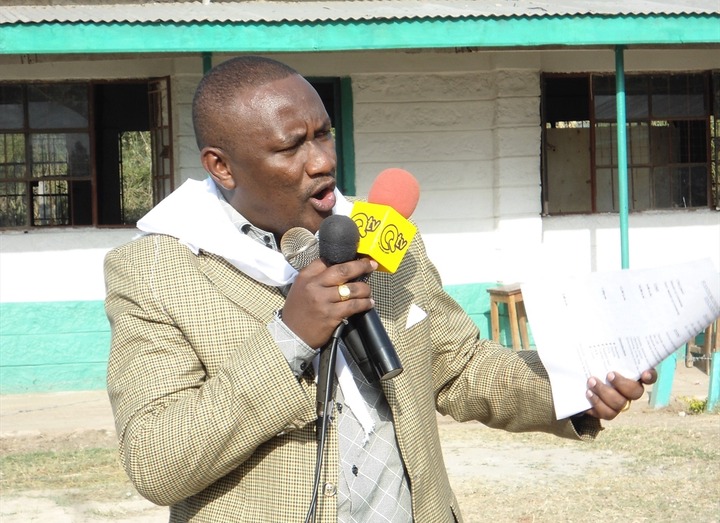 Matungulu Member of parliament Hon Steven Mule has told Deputy president William Ruto and His allies to apologize to to Kenyans for the ongoing problems in the Country, and drop His presidential Bid since He failed to deliver what He had promised during Campaigns in 2013 and 2017 respectively.

Mule Ruto and Uhuru led this Country in a very bad way by using bad policies, including coming up with ways to push for Bills in Parliament by force and denying Jubilee Mps time to express their views. He added that the Dp and His henchmen decided to run away from the same government when things got sour, and shouted to the top of their Voices that they were chased away. Mule now advises Tangatanga to beg forgiveness from alla Kenyans and avoid vying for elective Offices in 2022.

"The Jubilee administration is the reason why we currently have this problems as a Nation. They misused power and even forced their Mps to pass bad bills in Parliament for their own benefit, and denying the opinions of the same lawmakers. However, when things got tough and even led to handshake, Ruto and His team began being the opposition and ran away from government saying that they were thrown out. It's now time for them to seek forgiveness from Kenyans and drop their 2022 bids. "The Mp says

Hon. Mule furthered His attacks saying that UDA Politicians are taking Kenyans for a ride while preaching the Hustler Narrative and yet they have not appointed any Hustler from the streets in their UDA Officials Party. He added that the idea of the Tangatanga Mps coming up with an ideology that draws a line between the rich and the poor is dangerous for the Country and should not be tolerated. 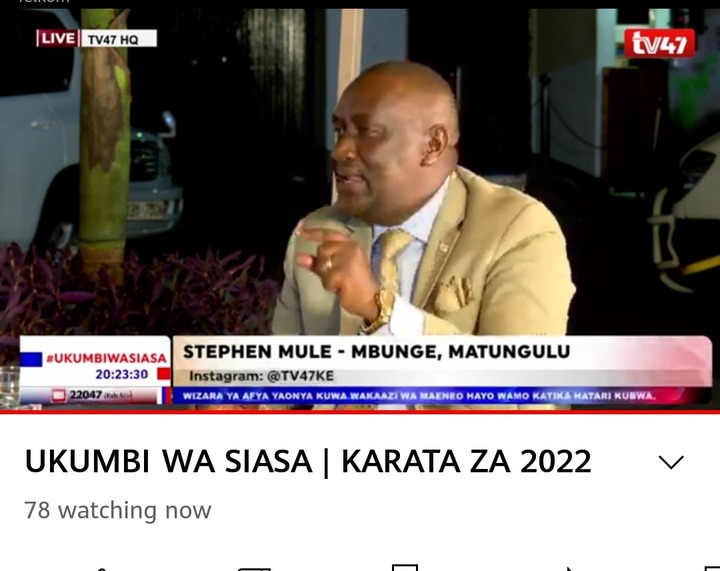 "Our rivals keep on saying that they will make a government of the Hustlers, but when I see in the Magazines today, they have no Hustler in their Party officials list. They are all Rich people who can afford to buy Helicopters. They also work hard to sell their Agenda of Creating a gap between the rich and the poor and that is very dangerous, they should stop. "He stated.

Mule who was speaking in Tv 47 has been one of the Legislators in Kieleweke faction who have been keen in deconstructing the UDA agenda, while giving alternative ideas and pointing out the mistakes by the government without any fear.

His sentiments are timely especially at this time when Ruto has been on a top gear in His Campaigns around the Country, giving promises and assurances to Kenyans that His government will change their lifestyles, and create ways to curb the ongoing disaster that emerged during the Jubilee regime.

William Ruto Reveals Why He will Attend Mashujaa Day In Kirinyaga

DP Ruto Reveals A Plan That Will Counter That Of Uhuru, Raila And Their Allies.