By MBOOYA (self media writer) | 8 months ago 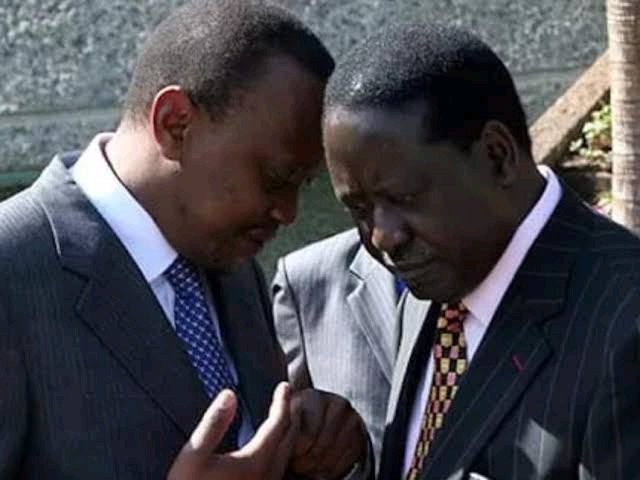 The Orange Democratic Movement party who is also the Azimio la Umoja Movement presidential candidate has received yet another major political boost as his handshake Partner president Uhuru Kenyatta sets to make the following bold move ahead of August polls.

According to a publication by the STANDARD newspaper today on Wednesday 12th of January 2022, President Uhuru Kenyatta is set to officially introduce the ODM party chief to the Mount Kenya region voters where he is also expected to campaign for him.

According to the Media house, the commander in the chief US expected to start campaigning for Raila especially in areas considered his political strongholds early next month. This in return, will ravish claims that Uhuru is playing Raila. This also affirms that the former prime minister Raila Odinga is president Uhuru Kenyatta's preferred successor as have always been speculated.

This comes after the president secretly attended Raila's birthday party at night last week. What they discussed then is yet to be determined.

Content created and supplied by: MBOOYA (via Opera News )