By Trendynewskenya (self media writer) | 2 months ago

The National Assembly is said to be dominated by the Azimio One Kenya Alliance Coalition and the Kenya Kwanza Coalition, respectively. 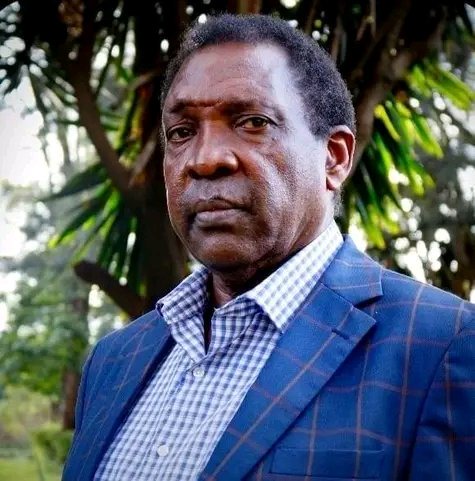 However, any decision that denies the Azimio One Kenya Alliance Coalition a majority in the National Assembly is an affront to Kenyan law, according to political analyst professor Herman Manyora.

Speaking through his official Twitter account platform, the analyst said that the majority party is Azimio La Umoja One Kenya Coalition party.

The close ally and astute supporter of former Prime Minister Raila Omollo Odinga said that the issues being raised are valid but can only be resolved in a court of law.

"Majority party is Azimio. Issues being raised are valid, but can only be resolved by a court of law. In the meantime, any ruling that denies the obvious fact of Azimio being the majority is an affront to the law, and to common sense," the analyst wrote. 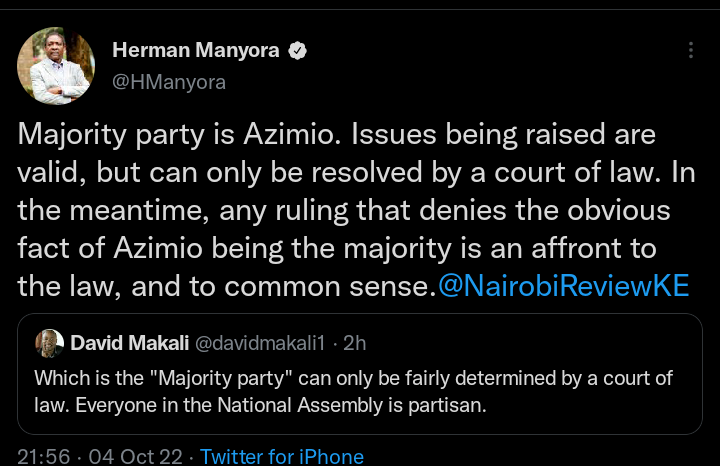 "Even With Deep State You Lost" Ruto Tells Raila As Their Beef Intensifies.

Cherargei Proposes What Government Should Do Ahead of Raila's Demonstration