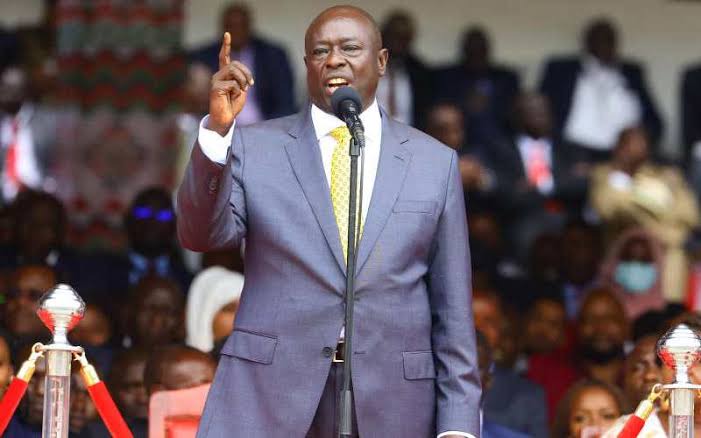 Rigathi Gachagua has told the President during the burial of his older brother Jack Reriani, that the people of Mt. Kenya did not vote for him because of the ‘yangu 10 yako 10’ phrase coined when the two were close before the handshake era.

President Uhuru had promised to support his deputy William Ruto to be his successor until after the 2017 elections when things turned sour and Raila joined the government.

Uhuru endorsed Raila to the people of Mt. Kenya as his preferred candidate, and at some point mocked Ruto, telling him that the Presidency is not a short race but a Marathon that requires men with political experience who understand issues very well.

A section of Kenyans and even leaders, after Raila Odinga lost the August 9th General election felt that perhaps, Uhuru played Raila Odinga.

Babu Owino in a series of Tweets, painfully accepted that indeed it was a long con game and they have to just accept and move on.

Rigathi thanked the Mt Kenya people for bestowing respect to the region, who for long were being accused of being selfish for not supporting any presidential candidate not from their community, and thus really appreciated them for their honesty in trusting and voting for President William Samoei Ruto.

DP Rigathi reminded his boss that, his people did not vote for him because of the ‘10/10’ fraud nor the support he offered to Uhuru Kenyatta, but instead they voted him in because they believed he will turn around their lives and put more money in their pockets. 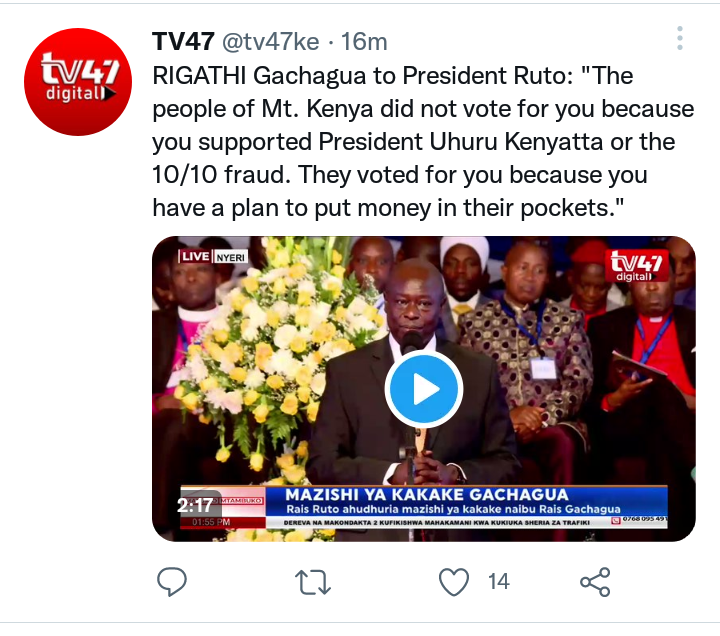