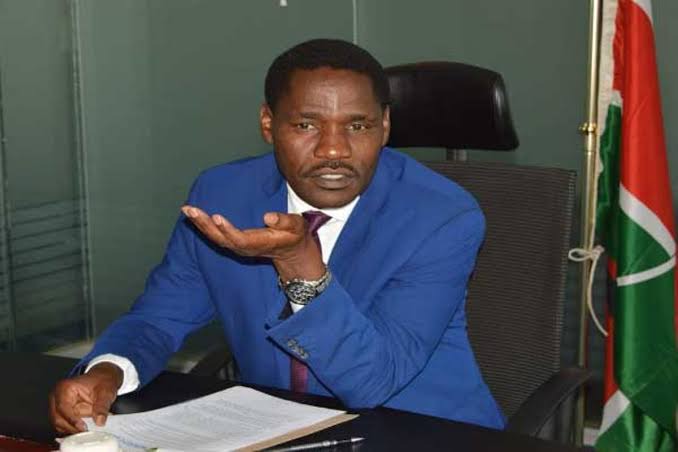 Francis Owinoo the principal secretary, was presentthough.At the Office of the Deputy President on Wednesday Gachagua flagged off the first shipment of the Sh3.55 billion subsidised fertilizer.

He declared that the nation farmers would get 1.4 million sacks of fertilizer from the government.The cereal boards will sell the fertilizers.

Munya was one of several CS who publicly sided with Ruto in the verbal battle leading up to the August 9 elections.

As early as 2019, when he was the Trade CS, Munya criticized the President Ruto-led Tanga Tanga brigade for starting early 2022 campaigns.

He was defending the previous president Uhuru Kenyatta order for officials to put an end to early campaigning.

While speaking in Tharaka Nithi in May 2022, Munya claimed that in contrast to his predecessors who he claimed failed farmers all throughout the nation he had only just been appointed to the docket and had been able to make a lot of reforms.

Even though DP Ruto was the minister of agriculture he failed to build an NCPD for you and is now actively canvassing for support for his August 9 presidential run the speaker claimed.