By Emilylunyasi (self media writer) | 4 months ago

During a morning interview in one of the local radio stations,Ayub Savula revealed that William Ruto bribed Musalia Mudavadi in order for him to join UDA ahead of the August general elections. 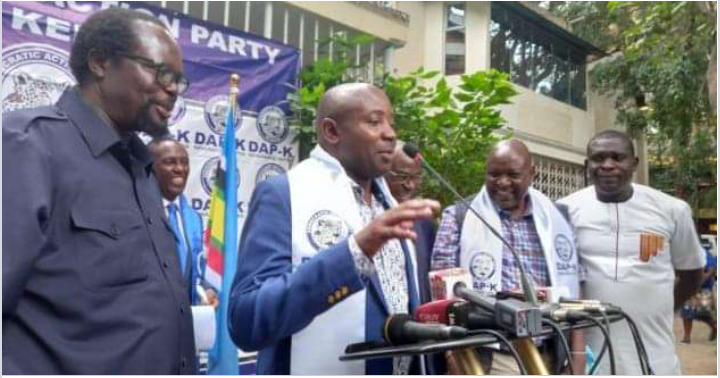 Ayub Savula Addressing A Press Conference At A Past Event

Ayub Savula stated that Musalia Mudavadi was given Kshs 300 million and a mansion built by William Ruto as a result, Mudavadi dropped his presidential ambitions in order to support the deputy president.

"Musalia Mudavadi house in Karen was built by William Ruto.The Jubilee Party Secretary General called me and told me that Mudavadi was given Kshs 300 million," said Savula. 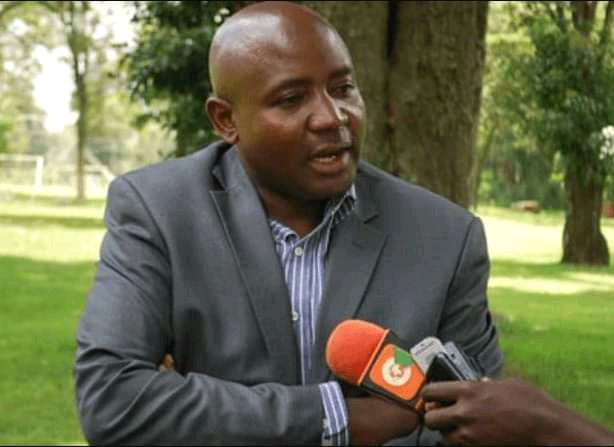 According to Savula, Mudavadi betrayed other OKA principals because he was bribed by William Ruto.

"He called me and i can go to court and sign an affidavit,i don't fear anything.We can go to Safaricom,they will show my conversation with Tuju.We don't want people toying around with Luhya community.If Musalia didn't want to be a president,he shouldn't have toyed with the Luhyas all these years," said Savula. 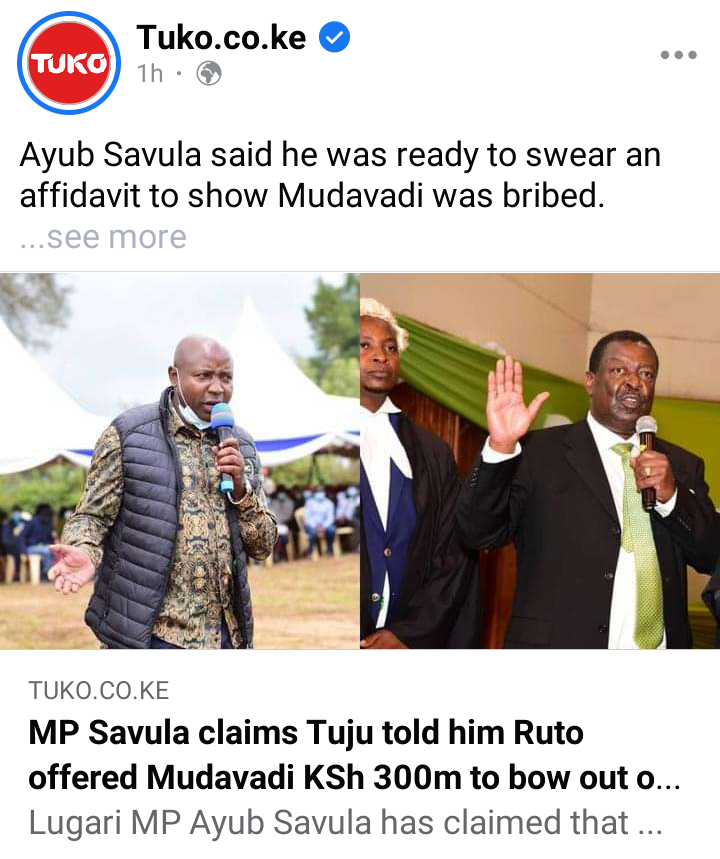