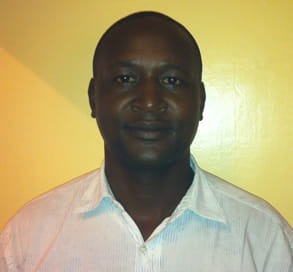 Ruthless death has today claimed the life of a governor's brother.

Wangamati took to social media where he announced the passing on of his brother Mr Nicholas Wangamati.

According to Governor Wangamati, the brother died in Nairobi, however, he did not reveal the cause of his death. He noted that he will share more of the details at a later stage.

Governor Wangamati has since travelled to Nairobi to join the rest of the family to plan the deceased's burial, expected to happen in Bungoma County.

"I regret to announce the passing on of my brother Mr Nicholas Wangamati in Nairobi. In the meantime, I have joined his family in Nairobi as we make necessary arrangements to transport and lay his body to rest in Bungoma," Wangamati said. 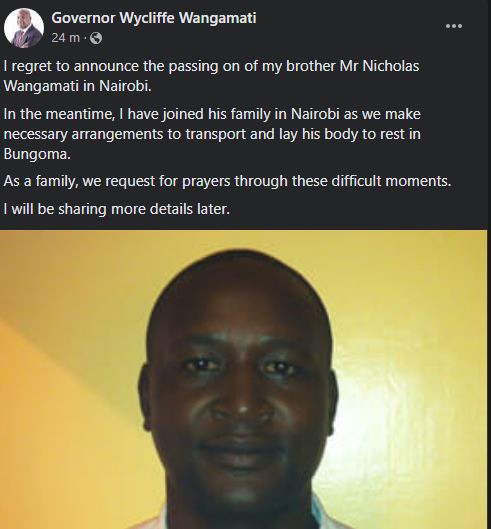 "As a family, we request for prayers through these difficult moments. I will be sharing more details later," he noted.

Kumbe He Is A Family Man; Lovely Never Seen Before Family Photos Of Sakaja With Wife And Kids