By E-NewsKe (self meida writer) | 8 days 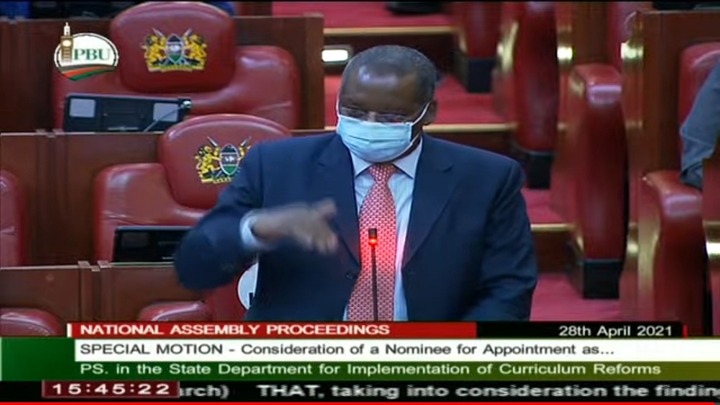 National Assembly majority leader Honourable Amos Kimunya found himself in a tight corner on Wednesday evening after Members of Parliament shouted him down.

This is after his trial to have the motion discuss the nomination of Fatuma Chege who has been nominated as a Principal Secretary in the Ministry of Education.

As Amos Kimunya was requesting the speaker to adjourn the motion, MPs can be heard saying, "We are handling it now, we are going to pass the motion now."

However, despite the shouting by the Members of Parliament, the speaker went ahead to grant the request by the Kipipiri Constituency Member of Parliament Honourable Amos Kimunya. 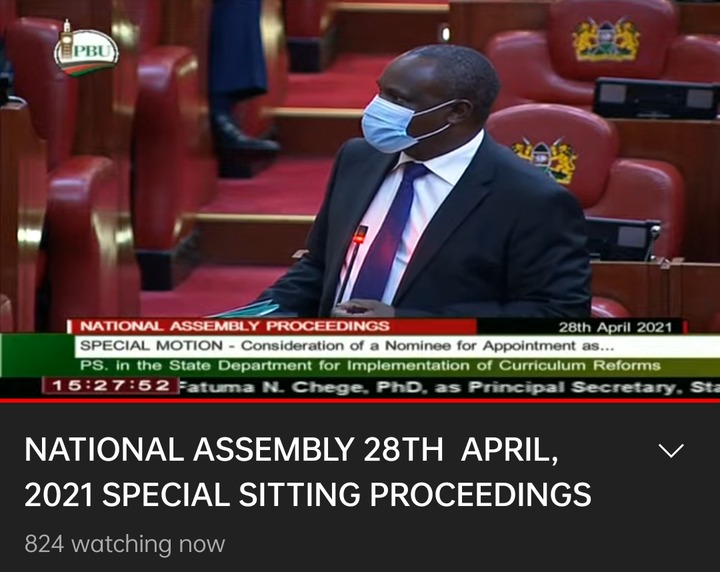 Earlier, Suba South constituency Member of Parliament Honourable John Mbadi had also suggested that the president had to be stopped from creating so many positions in the Ministries.

"Mr. Speaker, we cannot allow to continue creating more positions that are not needed. This is especially in the @EduMinKenya which already have enough PSs. What the Executive needs is to realign these functions to other existing departments."Mbadi.

President Uhuru Kenyatta had nominated Professor Fatuma Chege as a Principal Secretary under the Ministry of Education.National Assembly Speaker Justin Muturi informed Parliament about the nomination on Tuesday, March 23.

Why ICC Enjoys Little or No Support From America, Israel, Russia and China