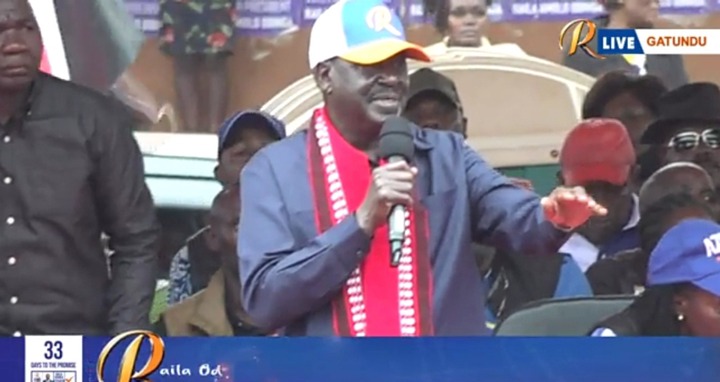 The Azimio La Umoja One Kenya coalition presidential candidate Raila Odinga in his tour in President Uhuru Kenyatta's constituency Gatundu South in Kiambu County has stated that touring Gatundu is history. He explained how he toured Gatundu for the first time in 1961. Raila Odinga further narrated how Jomo Kenyatta had a close relation with Jaramogi Oginga.

Raila Odinga also castigated the Deputy President William Ruto stating that the DP was not working and had left President Uhuru Kenyatta to work alone, forcing the president to hand over DP’s job to CS Matiang’i.

Raila Odinga has further promised to support the lives of the Bodaboda riders by giving them affordable loans if he will be elected president. Odinga further reiterated his promise to support single mothers. 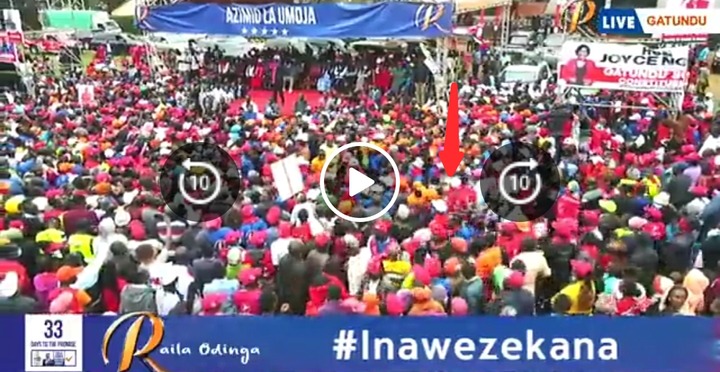 Reactions From People After William Ruto's Statement, You Should Vote

Manchester united could be using this new trick to get Frankie De Jong deal done.