Raila Odinga Once Again Claims Azimio Won Based On These Facts

By gisembecollins (self media writer) | 1 month ago

Azimio La Umoja One Kenya Alliance leader Honarable Raila Amollo Odinga has once again claimed that his votes for the August 9th general elections were stolen in favour of President William Ruto. 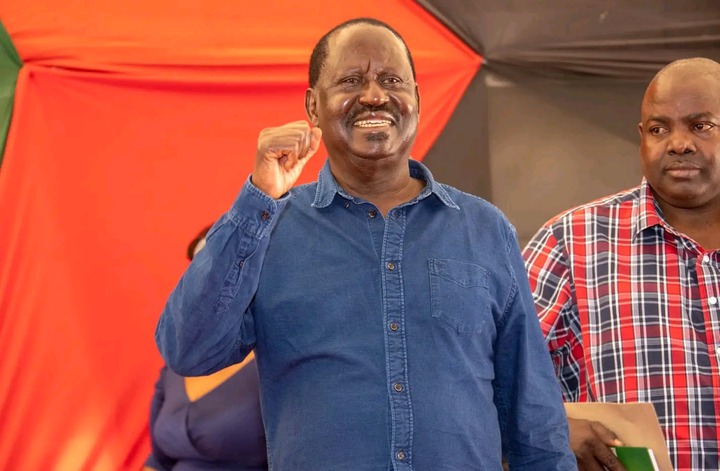 The Azimio La Umoja One Kenya Alliance leader has argued that Azimio got the most number of elective seats including the parliamentary seats,gubernatorial seats and even the members of county assembly seats and therefore they would have not lost the presidential seat. 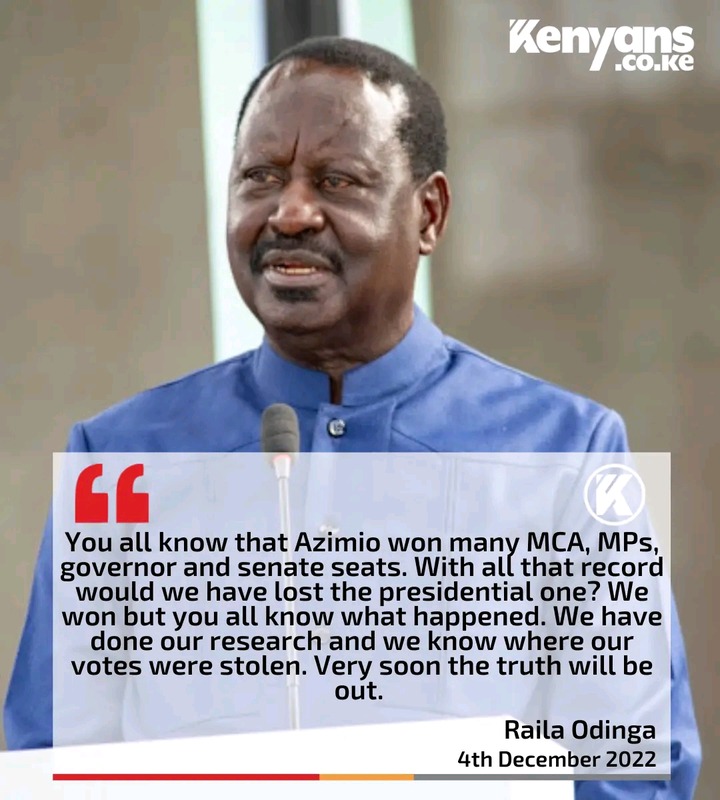 Raila Odinga and his allies have been disagreeing with the August 9th general elections as they believe that Odinga won the elections but his votes were stolen.

Raila Odinga has also revealed that soon the truth will be out on what happened during the elections as he will reveal how his votes were stolen.Raila Odinga had disagreed with the August 9th general elections and moved to the supreme court to seek justice but the judges affirmed William Euro's win.

Content created and supplied by: gisembecollins (via Opera News )