After waiting for months without positive results, a Nakuru County woman has once again come forth and called for Deputy President William Ruto's financial assistance. According to Julian whose a mother of four physically challenged children in Kamara Ward, she has been waiting for Deputy President William Ruto for the last 5 months to chip in and help her poverty-stricken family after she had called for his help some times back.

"I won't give up in calling Deputy President William Ruto for help. Wherever we sleep empty stomach with my children, the only thing that runs in my mind is DP Ruto. Yes I had called for his help some few months ago but it seems my message didn't get to him" stated the teary Julian. 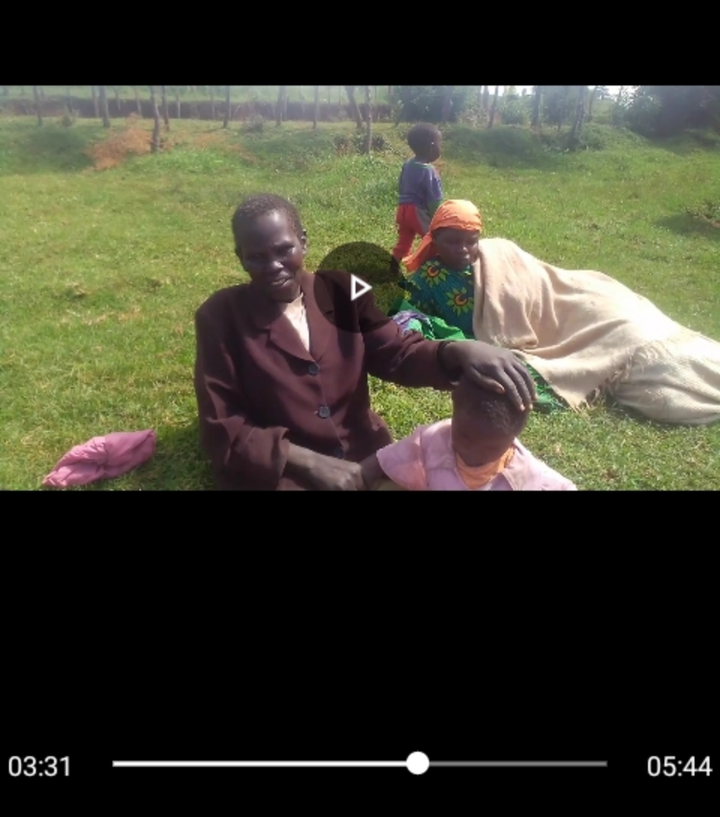 According to Julian, she claims it has reached a point her neighbours have started calling her names hence making her the laughing stock of their neighbourhood after borrowing food for nearly every year.

"I have nothing to feed my children, I've been borrowing food for nearly my entire life ever since my father died because my health condition won't allow me to husle like any other parent. My daughter whom could have been the bread winner is here struggling with her epileptic condition. There isn't no door that I haven't knocked but I still have a strong feeling DP Ruto would save me & my children from this situation" added Julian whom couldn't hold her tears back.

According to photos that were captured in Julian's home, the family has nothing in their house to an extent they are left with no option but sleep on clothes scattered on the ground. Below are few disturbing photos of Julian's home and her children together with her ailing daughter; (Photo Courtesy/Julian and her children)

What is your opinion over Julian's plea to Deputy President William Ruto?

Most Luxurious Hotel In Nairobi Kenya

Dennis Itumbi's HNIB Makes A Come Back, Plans To Share Updates On Azimio And On Uhuru Kenyatta