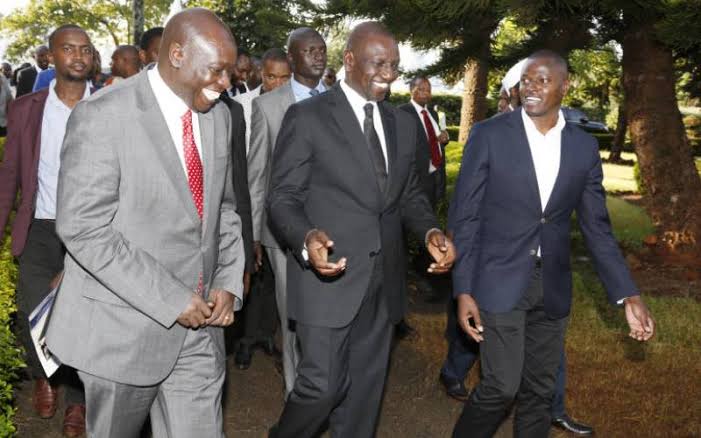 A file photo of DP Ruto with his allies from Mt Kenya region.

Tensions over nominations have prompted some former UDA leaders in various parts of the country to move to ODM Rail Odinga's Azimio la Umoja Movement. 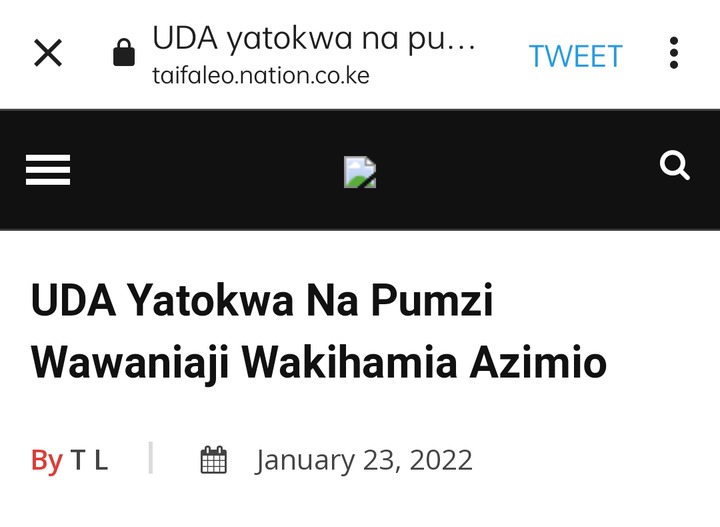 UDA leaders opposed to the move are urging UDA Secretary General Veronica Maina to intervene so that former incumbent Susan Kimiri remains at the helm until a fair decision is reached.

Speaking at a hotel in Nanyuki accompanied by UDA politicians, Mr Ndung’u claimed that it was Mr Deddy's tactic to disrupt the party's elections.

"As stakeholders in this party we were not involved in the nomination of Mr Ndung'u. This is our party and we must be allowed to elect our leaders and we do not want dictatorship in this party, ”said Mr Kimaru.

Fierce competition continues to erupt with several politicians vying for the Laikipia East constituency seat. Former CS of Agriculture Mwangi Kiunjuri, Member of Parliament for Female Cate Waruguru is among the candidates for the seat.

In the neighboring Nyandarua county some leaders have accused female MP Faith Gitau of taking control of the party.

Politician Moses Kiarie popularly known as ‘Change’ who is also targeting the governorship through UDA just like Ms Gitau, has claimed that the party’s primaries will probably not be free if Ms Gitau continues to control it.

However, Ms Gitau referred to Mr Kiarie as a newcomer to the party considering he joined it after moving to the Labor Party (CCK) led by Gatundu South MP Moses Kuria.

The MP added that he appears to be a UDA Nyandarua stalwart because of the strong campaign he ran and helped the party win the Halai council seat last year.