Why Kiraitu Murungi Could Win The Next General Election (Opinion)

By @newsglory (self meida writer) | 1 months Kiraitu Murungi has for several years been referred to as King of Meru having been a primary determinant of the Ameru political course. When it comes to the most approachable politicians and men of remarkable prominence among the people, Kiraitu Murungi is not exceptional. His political vigor has been conspicuous from the period of the Moi dominion. He has closely served with Moi during the initial 1980s and being a lawyer he presented many people in court litigations something that cultivated animosity between Moi and Kiraitu.

His political chronology is distinguished by a caravan of triumphs with no tally of downfall in any of the elections. For instance, he served as the Minister for Justice and Constitutional Affairs and as the shadow Attoney General. Later he enrolled in robust politics and bade for a Member of Parliament seat for Imenti South. Having been an MP for 15yrs, a senator for 5yrs, and currently, a governor without any account of delinquency has remained bizarre among the people. People always yearn to infer the sense behind his conquest in politics.

To begin with, for the several years he has engrossed in active politics, he has invariably operated with governing parties. Ultimately, this has intensified his political stature among the citizens. His novelty in the ruling parties has fostered his immense political resilience over the years. Being in the government for 35yrs has undoubtedly hastened his velocity of winning against his political antagonists. Besides that, his law career has also fiddled an indispensable role in his political career. His susceptibility to other countries such as America has nurtured him to realize some prime surveillance mysteries which have always made him feature at the top in terms of politics.

Being the most approachable politician, he is also a man of the people. His span in leadership has been inscribed by tremendous evolution and vast refinement of the region he has ruled. For instance, for the 15yrs as an Mp, South Imenti has summed up formative gain in all realms of the economy. His massive exertion has endorsed a socio-economic shift among the people of the region. 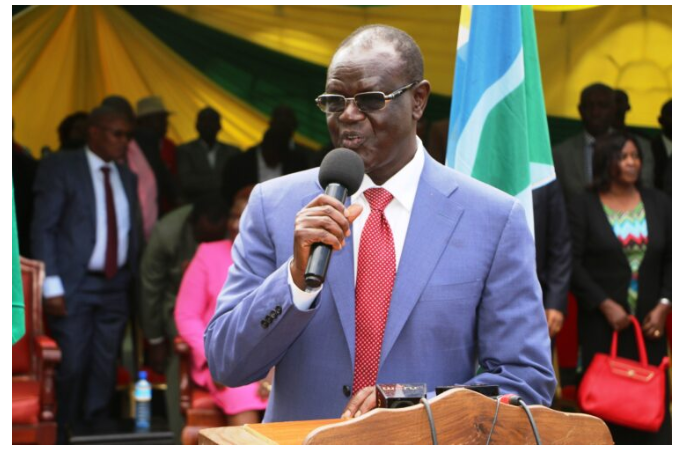 In terms of the road network, South Imenti has the best in Kenya, in terms of agriculture the region has made an unprecedented transition in terms of growth of both food crops and cash crops. For instance, Ntharene market has surpassed Kisii market in terms of banana production.

As a governor of Meru county, he has instigated numerous development schemes in the region. Some of the major development projects include the Meru Youth Empowerment Initiative, 42 mega water projects, the opening of Mount Kenya National Park for ecotourism, upgrade of Maua, Laare, Mikinduri, Timau, Nkubu to town status, and many others. He truly deserves the title 'Kiraitu was Maedeleo'.

A Thermos Of Porridge Lands A Man Into Troubles In Bungoma

Opinion: Proof that Man United are One of the "Dirtiest" Teams in the League while Arsenal are the Cleanest