How Raila Will Become President Without 2022 Election - Mutahi Ngunyi 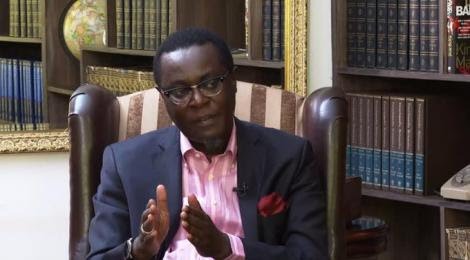 Renowned political scientist Prof Mutahi Ngunyi has weighed in on a new and controversial turn of events that could see ODM Leader Raila Odinga assume the presidency without a presidential election in 2022.

In his weekly video column, Ngunyi gave Uhuru an alternative political gameplan that would see the BBI passed, Raila becoming President - while at the same time obeying the law.

The analyst stated that the first part of the plan would be to remove all Jubilee MPs and Senators who have popularised the United Democratic Alliance (UDA).

The second part would be to impeach Deputy President William Ruto on grounds of popularising UDA and allegedly engaging in unconstitutional conduct.

"The law requires you to impeach Ruto for gross misconduct and unconstitutional behaviour. The law also requires you to throw out all Jubilee MPs supporting UDA. According to the law, these MPs have resigned their seats by popularising a party different from the one that gave them a ticket to parliament," the analyst argues.

Ngunyi adds that the same numbers that would be used to impeach Ruto would also be used to pass a majority of the proposals contained in the BBI Constitutional Amendment Bill.

The new deputy president, which he proposes to be Raila, would be vetted and approved by Parliament as per the law.

The third plan in the controversial hypothesis would involve the President dissolving Parliament in line with the advice given by Chief Justice David Maraga in 2020.

"If the courts rule that Parliament can be dissolved without affecting other seats, we can have parliamentary elections in July 2022, extending the terms of the President, the MCAs, and Governors. Also extended will be the term of the new Deputy President who will serve for five years," the professor adds.

The last bit of the plan would see Uhuru resign as President and the seat taken over by Raila who would then proceed to pick a DP from the Mt Kenya region.

Ngunyi, who is reported to be acting as a political advisor to the President, has over the years gained popularity due to his ability to predict political events - which he credits to his training as a professor of political science.

The hypothesis, however, has no basis in law at the moment, as the courts are yet to decide the effect of dissolution of Parliament as advised by Maraga.

However, talk of pushing the 2022 presidential election is not new among those close to President Uhuru.

Cotu Secretary General Francis Atwoli rattled political feathers when he confidently declared that there would be no 2022 elections if the BBI referendum failed to sail through.