By Louiseuwera (self media writer) | 1 month ago 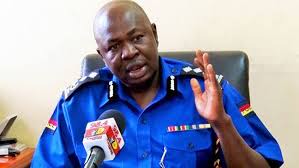 The race will be a tough contest between Senator James Orengo of the Orange Democratic Movement Party and Former Rarieda Member of the National Assembly Honorable Nicholas Gumbo .

According to a statistics done by a poll by Mizani,the poll has Alledged that if elections were to be held today then Nicholas Gumbo would have won.

Nicholas Gumbo holds the highest rating in the poll as he leads with a percentage popularity of 46.1 percent.Senator James Orengo comes second in the opinion poll with a 44.7 percent and is only 1.4 percent away from Nicholas Gumbo.

This poll shows that Gumbo is still strong than Orengo despite the fact that his running mate Charles Owino dumped him to go back to the Police Service.

Content created and supplied by: Louiseuwera (via Opera News )

"Ask Ruto" Kenyans Gang Up Against Alfred Mutua After He Linked Azimio To Prices Of Unga, Gas, Fuel

Check How DP Ruto Was Heroically Received At Tononoka (Video)