By Superior (self media writer) | 2 months ago

The DP stated at a conference in Kilifi County on December 1 that the judiciary, which imposes cash bail for misdemeanors and other crimes, has a lot of money sitting idle. 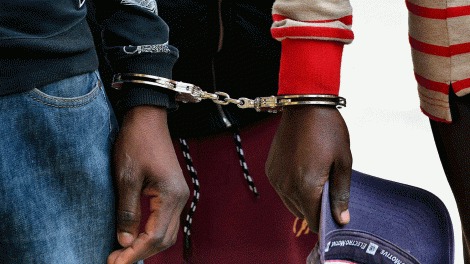 He emphasized that in order to promote development, the funds needed to be released into the economy.

Gachagua continued by saying that the move could aid in resolving the nation's economic problems and that the economy had yet to improve.

"There is a chance for you to return to court and replace the cash bail when people find themselves in criminal cases and they post cash bail due to the urgency of the situation. 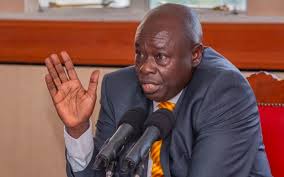 We may release that money to the economy by replacing them with a title deed or log book," he said.

As a result, he exhorted judges and other judicial officials to support initiatives that guarantee Kenyans can utilize resources other than money to pursue freedom.

Rigathi stated, "We want our judges and magistrates to show fairness and examine how they might support the replacement of cash bail with other forms of security. 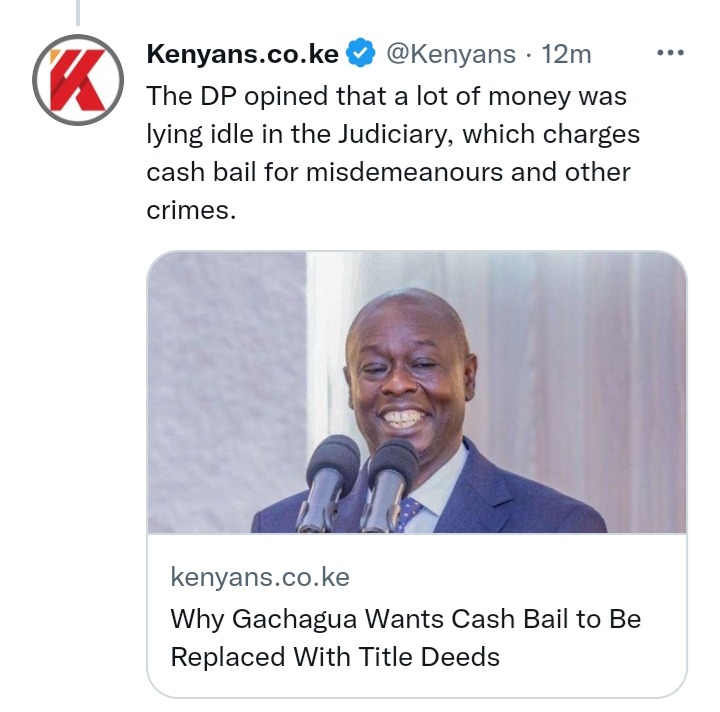 The money will be utilized by the next administration to kick-start the economy, so he encouraged the judges to accelerate succession cases involving the government.

However, he insisted that the Kwanza administration in Kenya will uphold the independence of the judiciary in all of its endeavors.

Content created and supplied by: Superior (via Opera News )