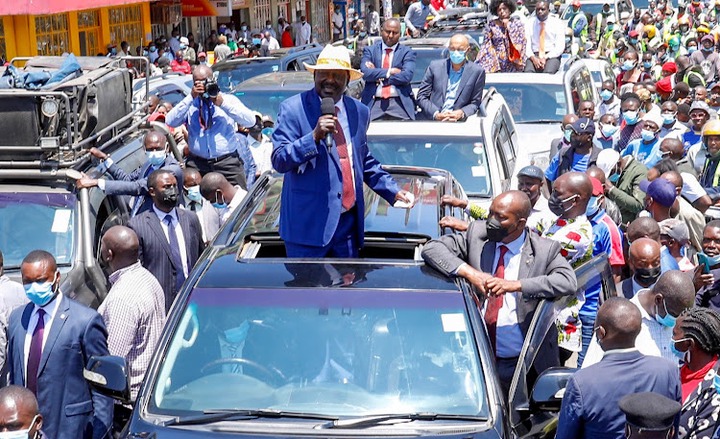 The size of crowds that attend ODM leader Raila Odinga's rallies make a big statement on what he is likely to get if he proceeds and vies for the presidency in next year's poll, lawyer Ahmednasir Abdullahi says.

He is among prominent persons who have been using their Twitter handles to regularly bash the former Premier, having joined the rival camp led by Deputy President William Ruto, Raila's top opponent.

He now says that while it is true that Raila has been attracting sizeable crowds to listen to him in his rallies, it is evident that they cannot be compared to the crowds that come out to listen to the DP.

For him, Raila only manages a quarter of what Ruto manages, apparently suggesting that Ruto is still ahead of him, enjoys more support among Kenyans and will most likely beat him at the ballot.

He also observes that the people who come to listen to Raila are not as enthusiastic and are less interested in what he says as compared to Ruto. 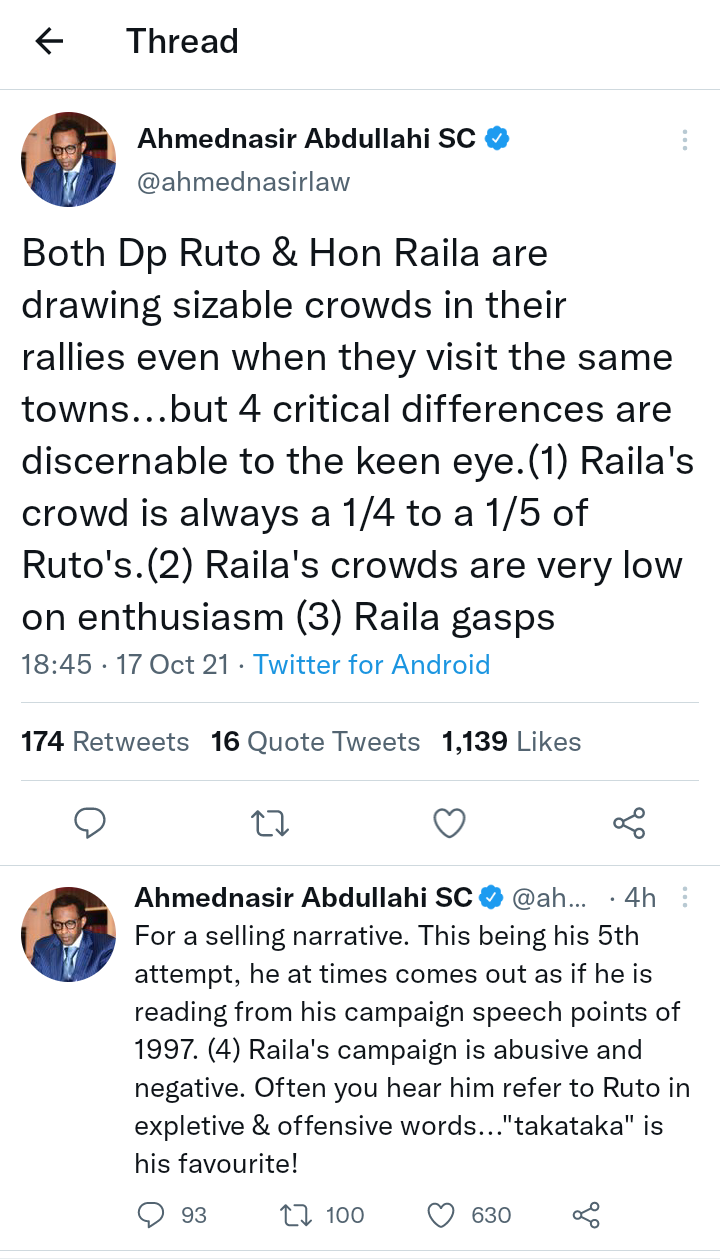 "Both DP Ruto and Hon Raila are drawing sizable crowds in their rallies even when they visit the same towns...but 4 critical differences are discernable to the keen eye.(1) Raila's crowd is always a 1/4 to a 1/5 of Ruto's.(2) Raila's crowds are very low on enthusiasm," he says in a tweet.

He also faults the veteran politician for telling nothing new to tell the electorate, likening him to a man saying the same thing he has been saying since 1997, further taking issue with the language he uses.

"(3) Raila gasps for a selling narrative. This being his 5th attempt, he at times comes out as if he is reading from his campaign speech points of 1997. (4) Raila's campaign is abusive and negative. Often you hear him refer to Ruto in expletive and offensive words..."takataka" is his favourite!" he adds.

But his remarks contradict what analysts and politicians have observed in some of Raila's latest rallies, especially in Mt Kenya and Eldoret, where very huge crowds came out to listen to him.

In his previous tweets, he holds that Raila cannot beat Ruto in any way, and could even appear third after ANC leader Musalia Mudavadi if not careful.