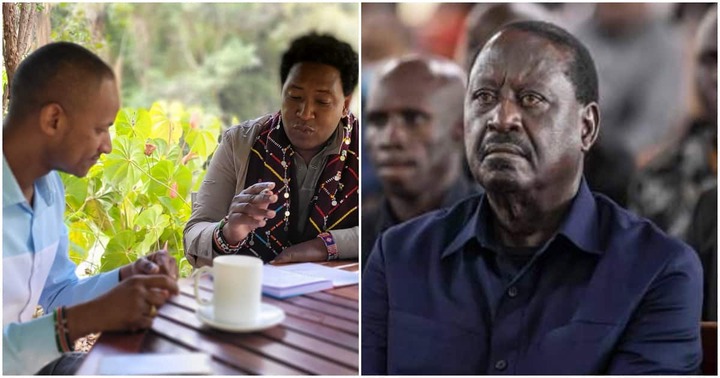 Political Risk Expert Dismas Mokua has called upon the Orange Democratic Movement, ODM Party leader Raila Odinga to move with haste and put his house in order as soon as possible, after a section of leaders in his camp threatened to take action if not awarded with house leadership slots.

Embakasi East member of parliament Babu Owino and Narok Senator Ledama Ole Kina have claimed that the youthful leaders in the ODM party are being taken for granted despite the efforts they did for the party, and the Azimio La Umoja One Kenya Alliance camp during the campaigns of the August 9th general elections.

The leaders claimed that would chant their own political career, remarks that have been interpreted as developing faults that might lead to the collapse of the party if Raila does not act as soon as he can.

Speaking on Sunday on KTN News, Mokua said that Raila is tasked with bringing his team together if he wants the party to remain strong and play a key role in the 2027 elections. 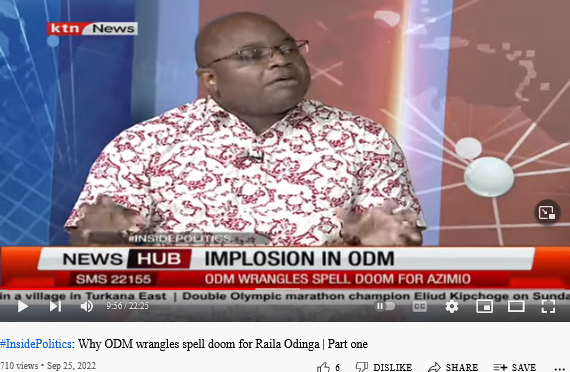 "ODM is a strong party, same to Raila. But he should do two things; that is ask himself on whether he will remain at the top of the party in an active position, or call for a national party elections, so that the people who are claiming to be very influential can face the party members who will take a decision. Most of them are now issuing threats to Raila, and when you look at them, they do not appear that popular across the country," said Mokua.

He added that Raila should also plan for an ODM conference where the party members will meet to discuss and solve the pertinent issues, which once left unsolved might make the end of the orange party.