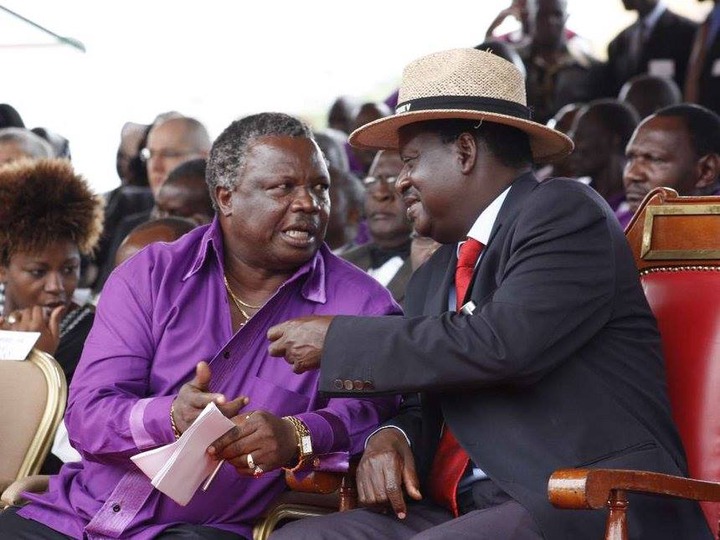 COTU Secretary General Francis Atwoli has told leaders that ODM leader Raila Odinga is not an easy target for those who think that Raila is a frail old man.

Atwoli said that Raila is always calculating his next move saying those who are planning to take him on are wasting their time.

According to Atwoli, Raila enjoys a huge following in the country and if he wants to make a major political move, he can render his political opponents irrelevant.

Despite his age, the Cotu boss said that Raila still has a few cards up his sleeve that can allow him to turn tables in the country’s politics.

“You are wasting your time if you think you can gang up against Raila Odinga. What if he comes up with another formation? You will be rendered irrelevant. Do not dismiss Raila because of his age, he can still turn tables in this country. If he decides to run for president, it will be something else as he has many supporters,” he said. 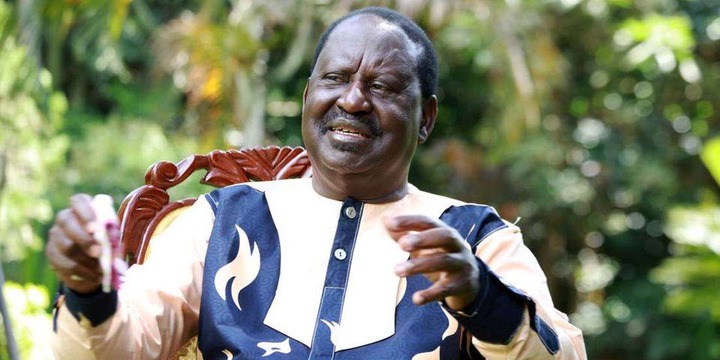 Speaking during an interview with Citizen TV, Atwoli said leaders who want to survive in politics should listen to those who have a lot of political experience adding that Raila always has a backup plan.

“If you want to survive in politics and also be a political advisor, take time to learn the behavior of others. If you are sited with Raila Odinga, don’t be deceived he is with you, his mind is always calculating his next move. He always has a plan B and if Plan B fails he has a Plan C and Plan C fails he has a Plan D,” added Atwoli. 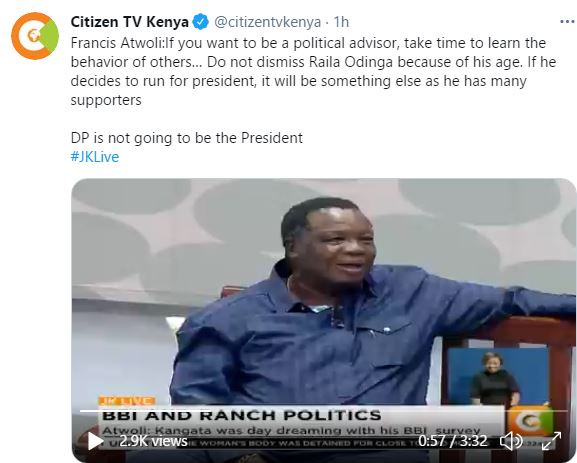 Another Man Allegedly Kills His Girlfriend In Ruiru

Opinion: Why We Have Increased Rape Cases