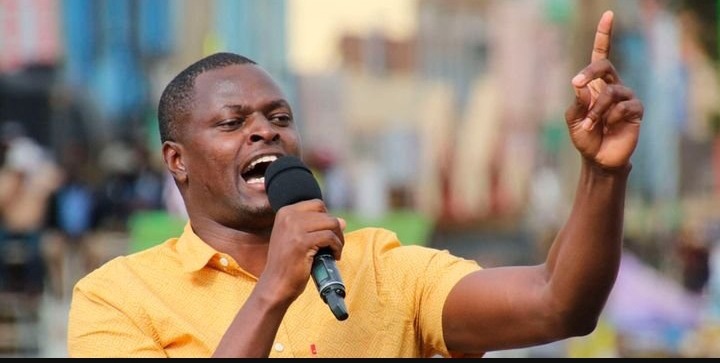 President William Ruto unveiled the list of Cabinet Secretaries who will assist him in fulfilling his promises over the next five years yesterday.

Unlike former President Uhuru Kenyatta's cabinet, Ruto's cabinet was heavily political in an effort to appease his supporters.

Some of the president's alleged confidants, however, did not make the cut. This category includes Ndindi Nyoro, a Kiharu Member of Parliament.

He is a member of Ruto's inner circle and one of the president's most ardent supporters, having followed him from Jubilee to Uhuru's second term. Simply put, in terms of loyalty, he is far more loyal than some of the new CSs.

A State House insider has now spoken to the Nation about why Ndindi was not included. He stated that he and the president have a friendly relationship like brothers or father and son. As a result, greater things are in store for him in the future.

He pointed out that Ruto had not announced many other positions, particularly in the Statehouse, where Mr Nyoro could be considered.

State House jobs, even if powerful, may lack the clout and influence that ministerial jobs do, including budgetary allocations that Nyoro can use to appease his supporters.

Several Kiharu residents interviewed expressed dissatisfaction with the current state of affairs, but remained hopeful that Ruto would, at the very least, appoint Ndindi Nyoro as the Principal Secretary, Ministry of Interior and National Government Coordination.

"We Will Teach You Who Is Stronger" Museveni's Son Sends Message

Opinion: Why Nissan Nv200 Is The Most Popular Nissan In Kenya

Why Cherera Resignation is a Blow to Raila

President Ruto Has a Reason to Smile as Mudavadi Delivers This Powerful Message While in UK.

“I’ll Make an important announcement” Museveni’s Son Alleges What He will Do Outside Twitter.