Kisii County Government has been under the able leadership of HE James Elvis Omariba Ongwae, who wielded power in 2013 on an ODM Ticket and got re-elected in 2017 through the same ticket.

As a second term governor, having successfully finished his two terms as per the constitution, new entrants have indeed shown interest in Succeeding him come 2022.

Dagorreti member of parliament Hon Paul Simba Arati who is also a second term legislator is on the race to succeed James Ongwae. 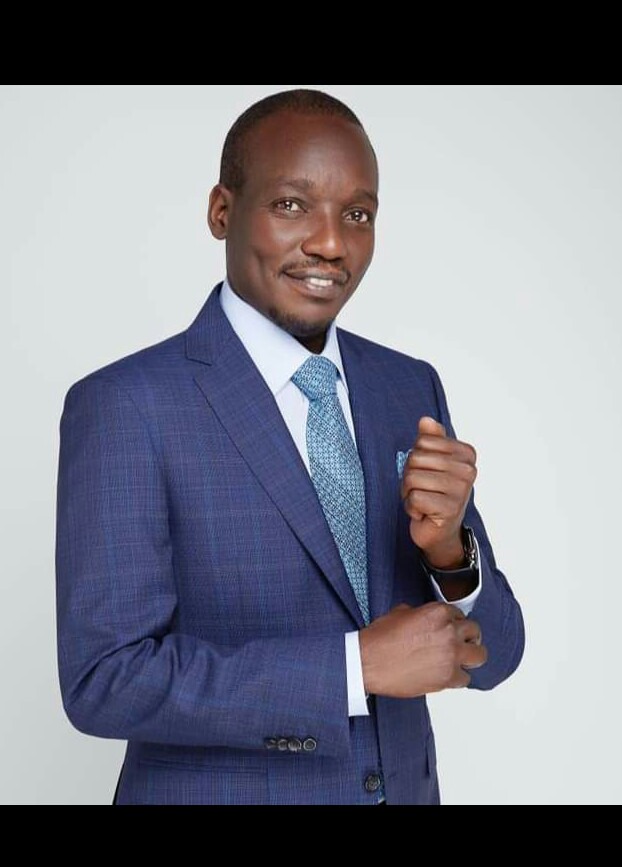 Hon Arati who is known to be a diehard of Raila Odinga has shifted interest from Dagorreti to kisii on what he says unending calls from his kisii people who are in dire need to have new leadership and generational change.

Hon Arati has already gone round the county trying to woe supporters to back him for his vision and ambition. He has as well crafted a formidable team solicited from different clan to help him in his bid. Hon Arati has already picked Dr Monda, as his running mate. Monday is a former MP for Nyaribari Chache constituency, a powerful political icon who managed to unseat Hon Charles Nyachae in 2007 sending him to political oblivion.

He has also picked vocal legislator and Kitutu Chache South Mp Hon Richard Onyonka who is serving his third term in office to be part of his line-up in the senatorial position. 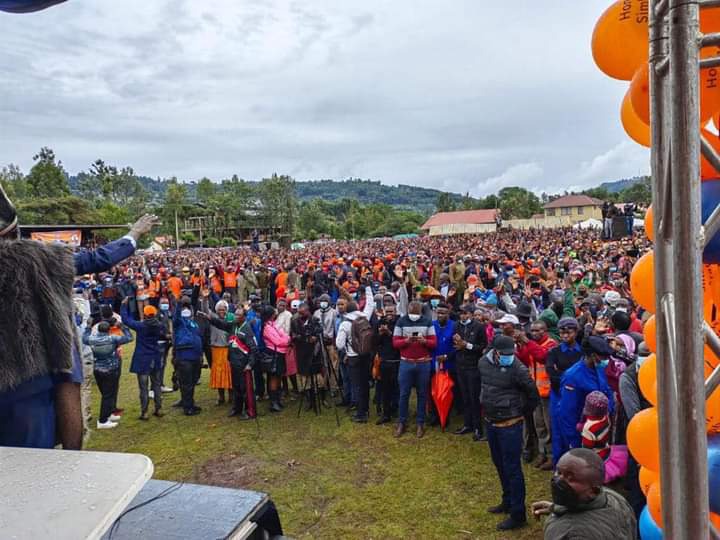 Today the the two (Onyonka and Monda) escorted Hon Arati who was receiving blessings from Elders from his backyard in Bobasi on a function that was held in Nyamache green stadium where thousands of supporters managed to attend. Elders gave Arati an OK to go out and seek for votes from other clans. 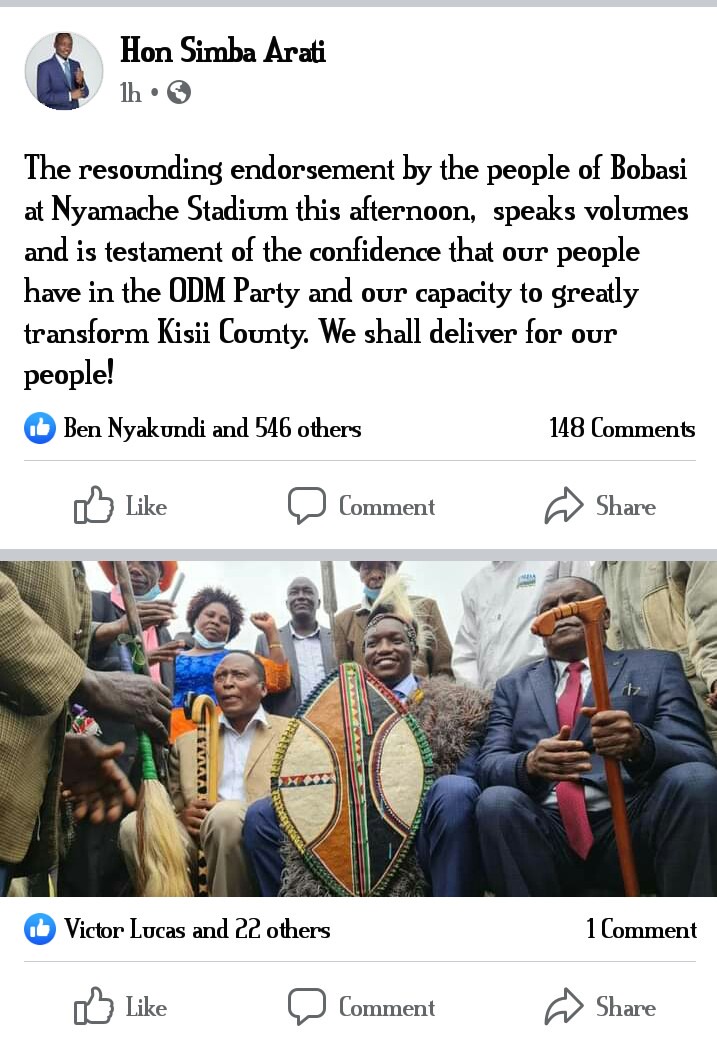 However, Arati has much to do since former Senator Hon Chris Obure who also comes from Bobasi (Arati's backyard), has also declared interest. Obure, the Current CAS for infrastructure was in the race in 2017 and managed to be number two on a jubilee ticket.

Content created and supplied by: C045NEWSPOT (via Opera News )

Just In: Wanjigi To Name Running His Mate Tomorrow