By EddieEdu (self media writer) | 1 month ago

Self proclaimed 'Hustler Nation' spokesman and blogger Dennis Itumbi has taken to his social media pages to make some revelations about an alleged meeting in Naivasha by a section of political leaders. According to Itumbi the meeting was organized by the small parties that are emanating from the Central Kenya region. 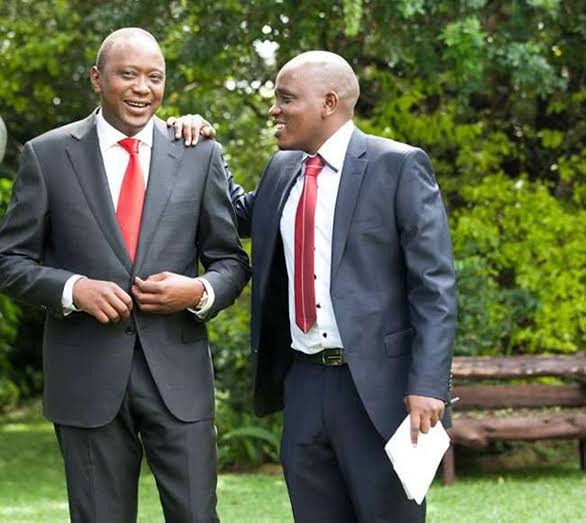 In the post he revealed that the National Assembly speaker Hon. Justin Muturi was invited to the meeting but he declined hence dis not attend. Speaker Muturi has in the recent times expressed his interest at running for the top seat in the general elections for next year. Itumbi also claimed that there has been an ongoing audit into the Building Bridges Initiative (BBI) process.

He also mentioned that they have discovered that there are entities he termed as 'Harambee House Prefects' and 'Deep State Pretenders' that forced parastatals to finance the BBI process allegedly using the name of the president. 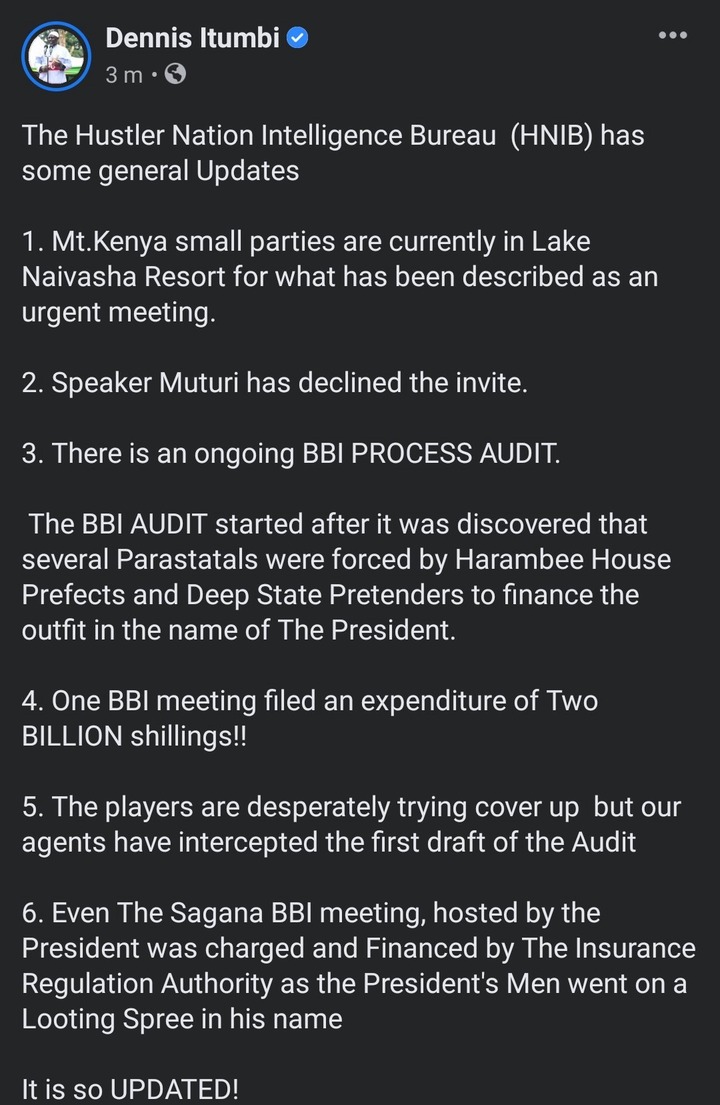 Through what Itumbi called the Hustler Nation Investigation Bureau (HNIB), he claimed that the Sagana BBI meeting was funded by the Insurance Regulatory Authority as politician close to the president took advantage of this to loot funds.

He further revealed that the audit showed that one BBI meeting had an expenditure of around two billion shillings. So far these will be treated as allegations until concrete evidence is presented to support the claims. So far no reactions from the politicians on these issues raised.