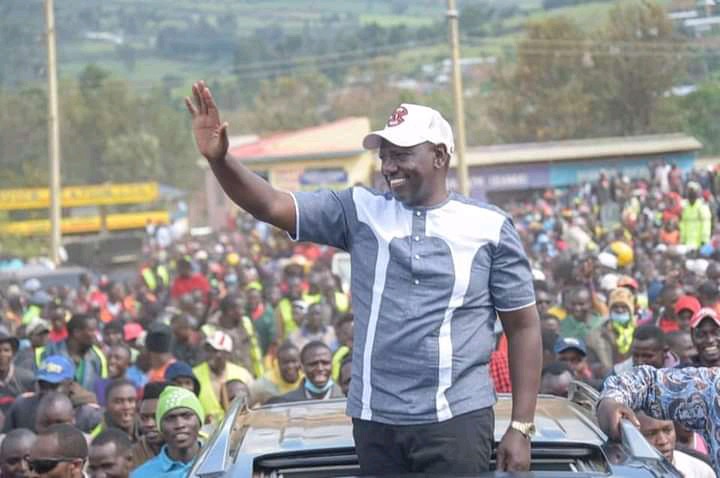 ODM leader Raila Odinga is not coming into the 2022 presidential race as his own man, Deputy President William Ruto has now alleged.

Raila is Ruto's main opponent in the contest, who analysts argue will be the main headache he will have to deal with and who could even beat him.

Raila, just like Ruto, has been going around the country campaigning, and has promised to among others, unite the country and promote local products.

But the DP has alleged that he is not a man standing on his own feet but a 'project' pushed by powerful people and state operatives hidden behind him.

Speaking in Kakamega, he said that the race will be between the people of Kenya through him and a project, remarks that were echoed by his allies. 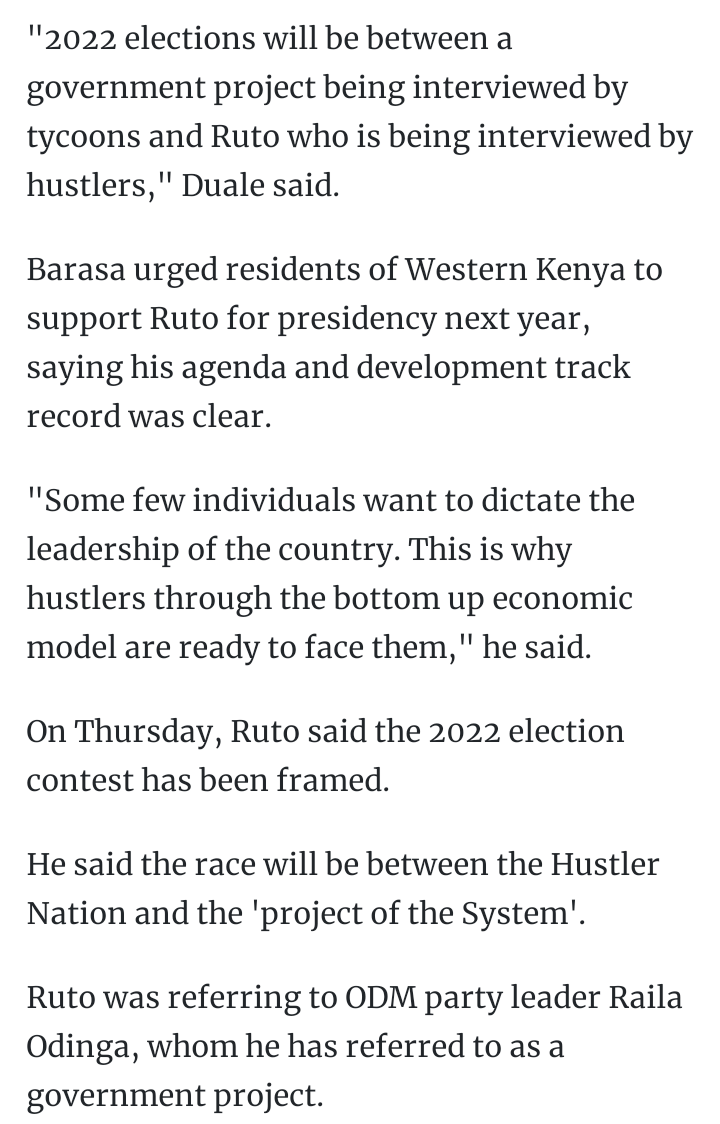 Ruto said that besides hanging onto President Uhuru Kenyatta, Raila and his colleagues in the opposition lack campaigns ideas they can use to win Kenyans.

This, he claimed, is why himself (Raila) and others, in reference to the OKA brigade, seem to be depending on the President for support and endorsement.

"Hanging around President Kenyatta for direction and support, was a clear indication that my competitors have no plans and agenda for the country," he stated.

His remarks come amid reports that the President has settled on Raila as his preferred successor and is doing everything he can to realize this.

Uhuru has twice hinted that he has picked Raila, in Kibra and Thiba Dam, further angering Ruto and his troops, who are already nursing injuries after he reneged on his earlier vow to endorse him instead.